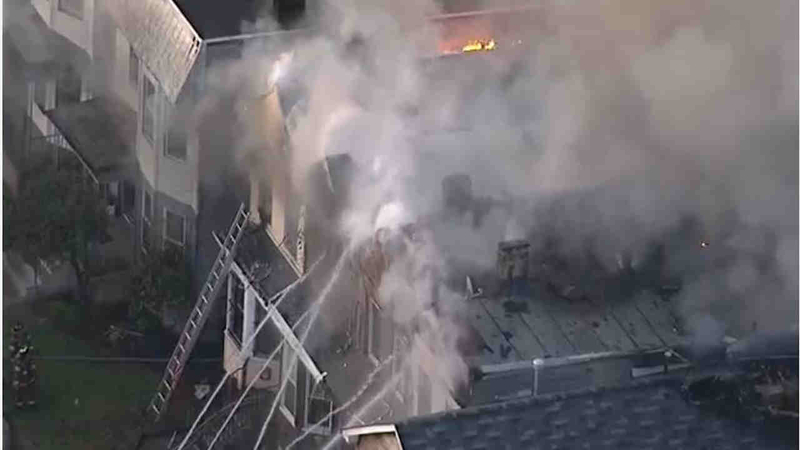 Heavy flames shot from the buildings on Forrest Street just after 6 a.m. Friday.

When firefighters arrived, they rushed into the building. But there was a second-floor collapse, and because the stability was compromised from the Thursday fire, the firefighters pulled back out.

The same row of buildings caught fire just before 8 p.m. Thursday. Firefighters thought they had the three-alarm under control in 90 minutes.

It started in a vacant house, then moved to four other nearby homes. Two of the homes were occupied.

At least 10 people have been displaced.

One firefighter was taken to Jersey City Medical Center with a minor injury.