The 15-year-old boy was stopped with the .220-caliber gun at an X-ray scanning station at the Brooklyn School for Career Development on Clermont Avenue in Prospect Heights. The gun was hidden in his backpack.

The gun was locked and loaded with a bullet in the chamber. Three more bullets were in the ammunition magazine.

The NYPD released this photo of the gun:

The student was arrested on the spot. Eyewitness News is not naming him because he will be charged as a juvenile.

Classmates said he did not appear to be a dangerous or violent kid.

is being detained, and there were no injuries reported. Sources say he insisted the gun belonged to someone else and that the book bag was not his.

"This incident is deeply troubling, and we are working in close partnership with the NYPD as they conduct an investigation," the Department of Education said in a statement. "The NYPD immediately responded and safely confiscated the weapon. Safety always comes first and there is zero tolerance for weapons of any kind in schools."
Related topics:
prospect heightsnew york cityschoolguns
Copyright © 2021 WABC-TV. All Rights Reserved.
RELATED 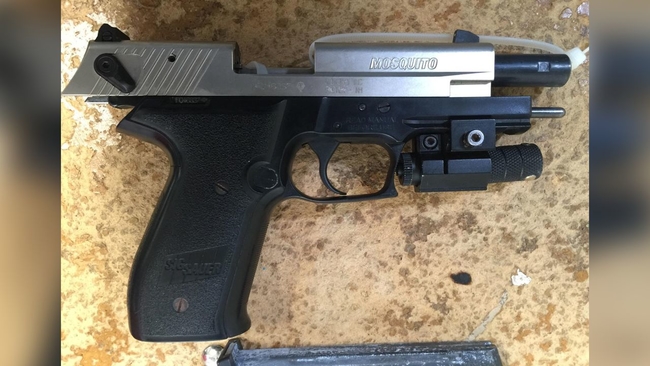