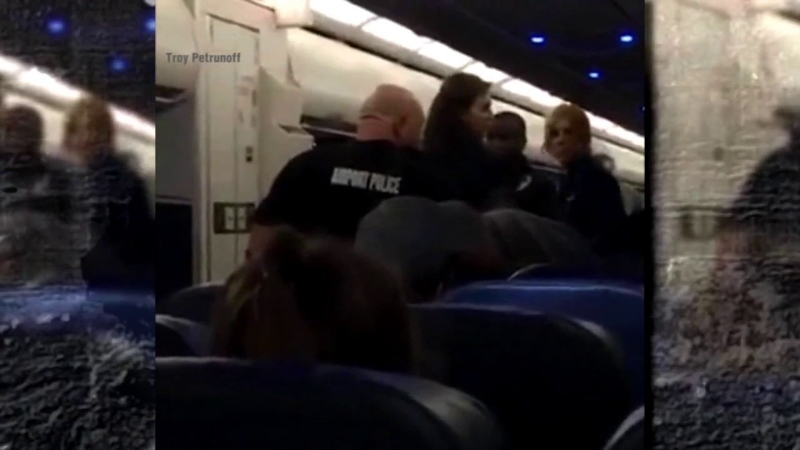 Unruly passenger causes plane to JFK to be diverted

NEW YORK (WABC) -- Police said a threat from a passenger from Long Island caused a plane headed to New York City to be diverted.

The flight was an American Airlines plane heading from Phoenix to JFK International Airport.

There were 121 people on board, including members of the rock band, "Augustine." A band member sent out a tweet saying that a passenger was threatening to kill people on the plane.

The threat forced the plane to make an emergency landing in Wichita, Kanasas.

The band then posted a photo that showed police on board the flight:

The passenger accused of making threats was identified as Jason Baroletti of Holbrook, Long Island.