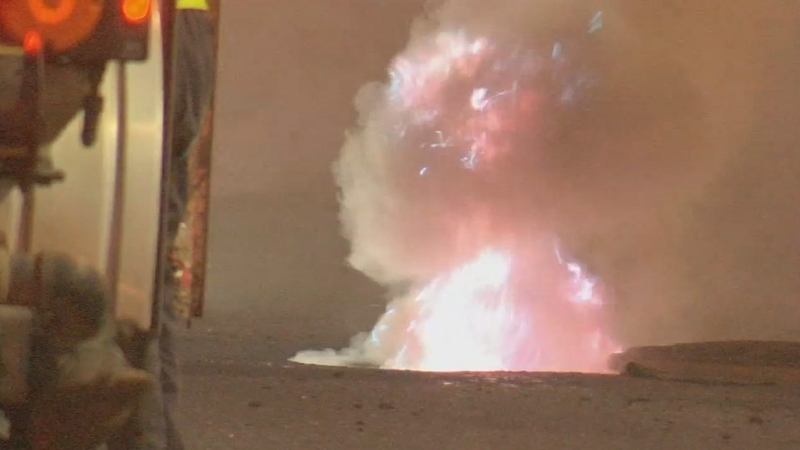 MIDTOWN, Manhattan (WABC) -- A busy street in Midtown was shut down during the height of rush hour Wednesday as technicolor flames exploded out of a manhole near Port Authority Bus Terminal.

The fire started just after 6 p.m. at a manhole on 40th and 8th. Traffic was closed off from 34th to 41st, but the streets have since reopened.

VIDEO: Josh Einiger on the scene

According to Con Edison, the fire was caused by smoking electrical cables inside the manhole. There were no reports of outages in the area.

The fire was placed under control by the FDNY shortly before 9 p.m.