Messages of hate pop up around New York area 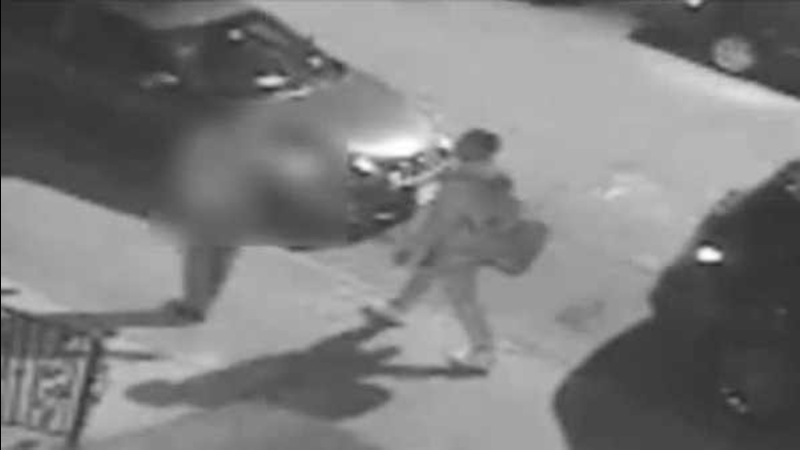 Messages of hate pop up around New York area

CROWN HEIGHTS, Brooklyn (WABC) -- Police are searching for the people behind messages of hate that popped up in New York City and across the area in recent days.
At least five incidents have been reported since the start of the weekend. One occurred at a school in Greenwich Village and another in Crown Heights, and both are generating concerns that there could be more of these kinds of incidents cropping up in the days ahead.

Surveillance video shows the man suspected of painting a swastika on the sidewalk in Crown Heights after the hateful symbol turned up Saturday evening in front of a home in the heavily Jewish community.

"Somebody who is filled with hate and can't live in human society with us," one area resident said. "I believe he belongs in an institution."

Swastikas were also found on dorm room doors at The New School. In a tweet, New School President David Van Zandt called it "abhorrent" and "against every value of the school."

"It's kind of really sad, you know, to know that the person sitting next to you could hate you," student Akin Yemi said. "For maybe your skin color or whatever."

Some students at the school, which is known for its diversity, believe the incidents are rooted in the recent election.

"People need to realize they can't do this just because the supposed president thinks he can do it," student Reily Behrns said.
In Rockland County, the words "no Jews" were spray-painted on a house for sale in Pomona. The hateful language was quickly replaced with spray-painted hearts, but certainly not excused.

"People condemn it," said Yossi Gestetner, of the Orthodox Jewish Public Affairs Council. "People generally oppose it, but there is a problem that people at the fringe increasingly up the ante with their anti-Orthodox bigotry."

The Anti-Defamation League insists all New Yorkers have a responsibility to get involved.

"In this city, we do not tolerate that," he said. "There are real consequences, and anyone involved in a hate crime, there will be serious consequences. And we'll bring the full force of the NYPD to bear."