WLS
By Will Jones and Rob Elgas
GENEVA, Illinois -- Disturbing new details have been revealed about a hostage situation earlier this month at a west suburban hospital.

Two nurses who were taken hostage by a jail inmate are filing a lawsuit.

They allege the inmate's guards didn't follow protocol. In addition, one of them was sexually assaulted.

The nurses have not returned to work since the May 13 standoff, still traumatized by the incident. And they want someone held accountable for not keeping watch of a serial felony offender.

Inmate Tywon Salters held one Delnor Hospital nurse against her will for three and a half hours, allegedly beating and raping the nurse. Salters was hospitalized May 8 after ingesting cleaning fluid and trying to eat his jail-issued sandal.

"For the entire time that she was held captive, he held her hair with one hand, he had the gun to her head with the other hand," said attorney Sean Murray.

They say Salters was supposed to be restrained to a hospital bed with at least one limb shackle on the afternoon of May 13 when he got ahold of the officer's gun.

"Mr. Salters was naked. He was walking down a hallway with a gun. He went into a nurse's office and he took her hostage. He demanded she take off her clothes so he can put them on," Murray said.

Another nurse came in, and Salters let the first nurse go. He and the second nurse then walked through the hospital to the first floor, where Salters hoped to escape through an ambulance bay. That's when he encountered police and hid with the nurse in a darkened room for those three and half hours, and her torturous ordeal unfolded.

Hours later, the hostage situation ended when the SWAT team shot and killed Salters - one of the bullets also struck the nurse in the arm.

The suit alleges there was a pattern of negligence by the guards in charge of keeping watch of Salters while he was getting treatment, including deputies not properly restraining him at all times, sleeping, using their personal cell phones and watching television while on duty.

The lawsuit alleges Salters was unrestrained when he took the deputy's gun because he told the deputy he might have to go to the bathroom again. The suit alleges nurses complained about one sleeping deputy, and had questioned the lack of restraints on Salters prior to the hostage situation.

The suit also alleges that when Salters did take the deputy's gun, the deputy ran away and hid in another patient's room, without alerting or protecting hospital staff. Attorneys for the nurses say Salters was left unrestrained when he wrestled a 9 mm handgun from the sheriff's deputy there to guard him. The deputy then ran from the room and hid elsewhere, doing nothing to get his gun back, according to the nurses' lawyer.

"Primarily, what we are looking to do here is to have the county held accountable. This is something that never should have happened. We are looking for them to take a hard look at their policies and procedure and make change," Murray said.

The Kane County Sheriff's Office is not commenting on the lawsuit. They say the officer involved is on administrative leave.

We also reached out to Apex3 Security for comment.

The nurses did not attend the press conference and are referred to as "Jane Doe" in a lawsuit filed in U.S. District Court in Chicago.

Delnor Hospital, which was not named in the lawsuit, released a statement saying:

"The safety of our staff and patients is our highest priority. The professionalism and bravery demonstrated by our staff during the May 13 incident likely saved many lives. We are now focused on supporting our employees, implementing procedures to prevent this from happening again and caring for the patients who trust us for their care." 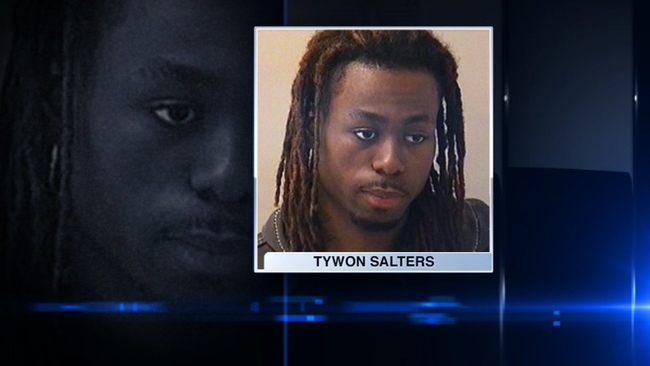 Authorities: Inmate who held 2 nurses hostage was at Geneva hospital for eating shoe 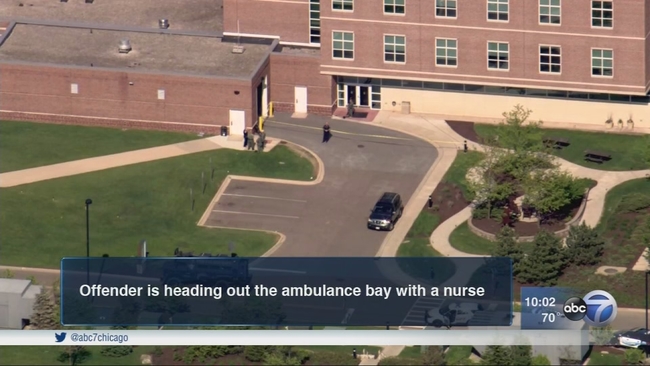