Man arrested in Bushwick rape after calling police for ride

BUSHWICK, Brooklyn (WABC) -- Police have made an arrest in connection with a rape in Bushwick after the suspect called police looking for a ride.

Michael Mann, 52, a sex offender, was arrested and faces several charges, including rape and robbery.

Around 2:30 a.m. Tuesday, near Dekalb Avenue and Bushwick Avenue in Bushwick, a woman was walking to her home from the J train when she was approached by a man with a knife.

According to the New York City Police Department, he robbed the woman and sexually assaulted her.

He fled afterwards, but then called 911 from a pay phone, and speaking incoherently, asked for police for a ride. According to the NYPD, Mann told police officers he had a knife in his pocket, and they noticed his red shoes and other clothing the suspect wore during the attack. He also had a T-shirt in his backpack with a design on it that matched what the attacker was wearing.

He was taken to the nearby precinct where police said he implicated himself in the rape. 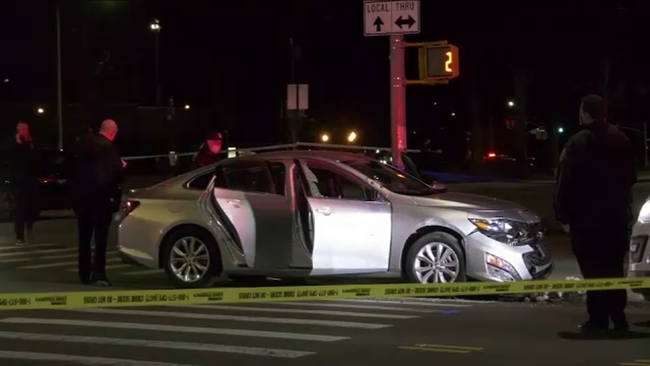 Man shot and killed in car in Queens