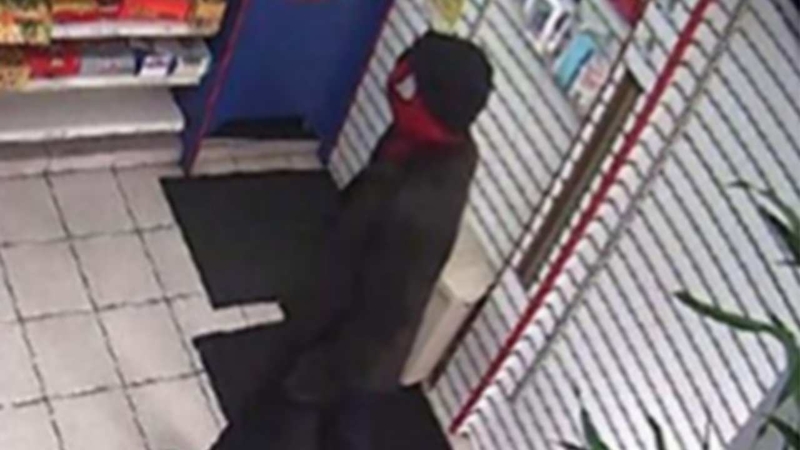 The East Harlem Pharmacy on Second Avenue doesn't have a lot of room, and storage space is limited.

So not everyone gets everything they want every time they come in. That includes one man, who police say tried to rob the place.

He was not successful. He didn't get any drugs or money. In fact, all he got was what he left behind -- some of the most embarrassing surveillance pictures ever. A grown man wearing a Spider-Man mask.

"He was insisting to get some different kinds of narcotics, oxycodone, Percocet, codeine, anything with codeine," said Nasir Gore, the pharmacy owner.

Gore said the guy had a box cutter in his hand and the mask, which didn't really cover his face.

"He had a Spider-Man kind of mask that zips up in front of the face but he had it kind of halfway up like maybe up to his lips," Gore said.

The man didn't use his box cutter. Gore told him the truth.

"The whole thing is, we're out of those kinds of medications for a few days," Gore said.