WABC
By Josh Einiger
EDGEWATER, N.J. (WABC) -- Officials said all power had been restored and residents in nearby evacuated buildings have been allowed to return home following the Edgewater apartment complex fire.

"I don't think we've got much more time in here," said a firefighter over radio transmission.

For the first time, Eyewitness News has obtained the desperate radio transmissions as firefighters rushed to evacuate the Avalon at Edgewater.

They used a ladder to bash in apartment windows in a last ditch attempt to vent the building. And then, there was the blaring of air horns. The universal sign it's time for even the rescuers to run for safety.

Minutes later, the inferno would be ravaging nearly the entire complex, which then disintegrated piece by burning piece.

"Being homeless in a couple of hours, it's horrible. You can't imagine. You left everything inside and you don't know what's going to happen," said Uzeyir Karabiyik, a resident.

The images are seared on the minds of Uzeyir Karabiyik and his family.
And they are the lucky ones. They still have a home in the so-called River building. It was the only part of the complex to emerge intact.

"We have started the process of allowing people to get their lives back together and turning towards normalcy as to what we can call normal," an official said during a press conference.

This is not normal.

Two neighbors from Scranton, Pennsylvania had their trucks stuffed with donations from friends and drove 120 miles there to drop it off.

"It's just the magnitude of what happened to these people. It's just mind-blowing," they said.

Goodwill has poured in to a former mattress showroom at a nearby shopping center which is now a makeshift thrift store staffed by volunteers.

Residents say their landlord did require them to carry renters insurance.

But, their immediate needs for food and toothpaste, for school supplies and diapers and dog food, are just too urgent to wait at the most traumatic time most of these victims... have ever seen.

"We've seen a lot of tears, tears of joy that the community cares about them. They're overwhelmed," said Mindy Gale, a volunteer.

Authorities on Thursday ruled that the fire at the complex was accidental, a result of work being done inside the building.

FIRE VICTIMS IN THEIR OWN WORDS: 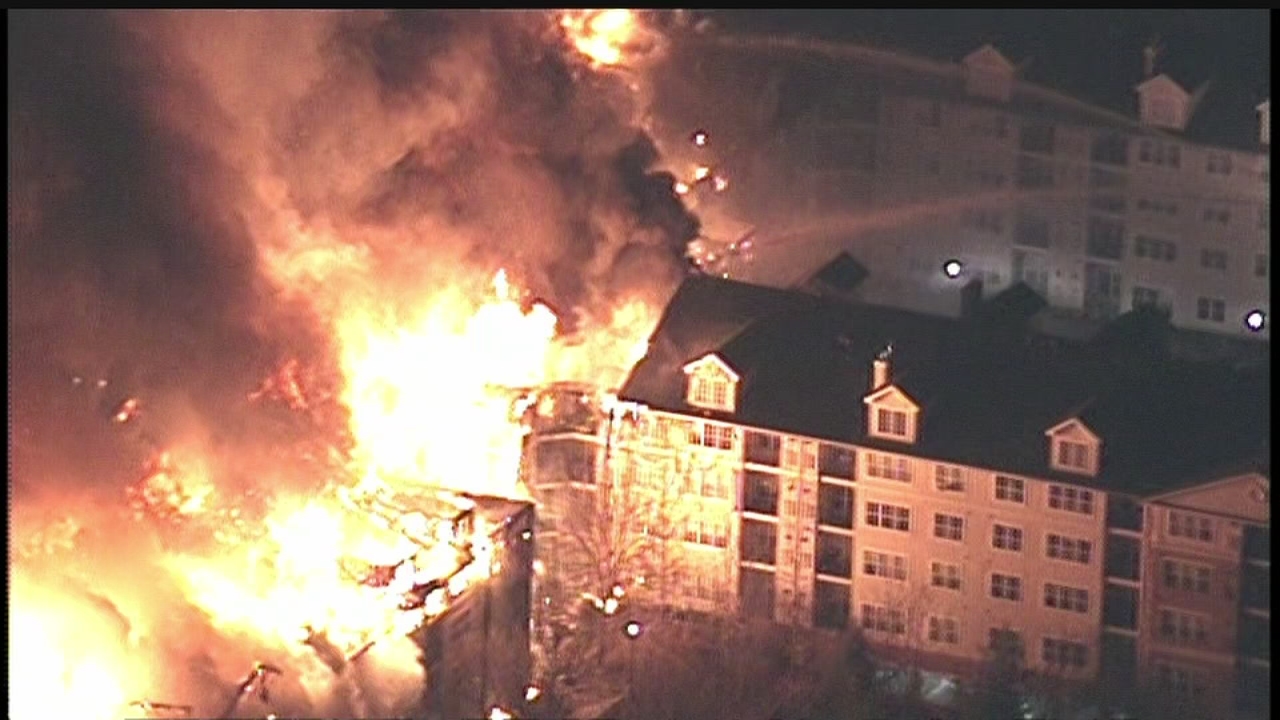 In their own words: Victims of the Edgewater apartment fire
Produced and edited by Dennis Hogan

The sprinkler systems in the building did work, and the actual living spaces did stay clear for long enough for firefighters to rescue every resident.

AN AERIAL VIEW OF THE AFTERMATH THURSDAY: 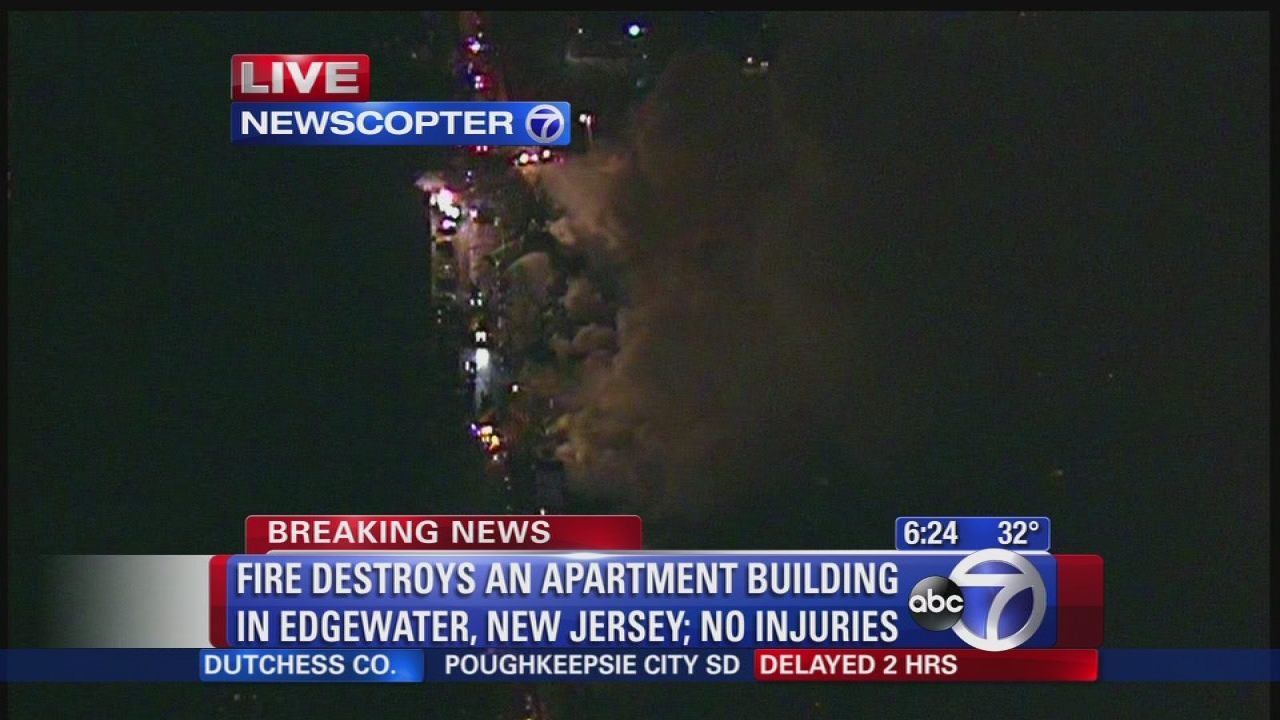 At least 240 were destroyed, with 168 units saved. About 500 residents were permanently displaced by the fire, and 520 others displaced from other buildings. The 39 affordable housing units in the complex and surrounding units were also affected.

"I think at times like this what people are most concerned about is being forgotten. That somehow there'll be a lot of attention and in the days after this we will forget," Gov. Chris Christie said.

Christie promised victims he would not forget and said his administration would review the state's fire code. Avalon Bay, which owns the complex, said it conformed to code, designed to save lives not the building.

The New Jersey Apartment Association is mobilizing to the displaced and has posted a list of available apartments in the area at NJAA.com. Residents can also call David Brogan at 732-992-0600.

Disaster assistance was planned Thursday at the Edgewater Community Center, 1167 River Road. The Bergen County Humane Society also opened a pet shelter at the American Legion at 1165 River Road, and Whole Foods and the community center also were taking people in.

Another fire ravaged the same complex more than 14 years ago, when a five-story condominium complex under construction was destroyed along with nine homes. The Aug. 30, 2000, fire forced the evacuation of dozens of nearby residents, including patients at a nearby nursing home. The cause was never determined, although investigators ruled out arson.

In a civil lawsuit, a jury found that negligence by the developer of the Avalon River Mews contributed to the blaze. AvalonBay Communities, a Virginia-based developer, was managing the construction of the $75 million complex at the site of the former Alcoa factory.

The borough is assessing what residents need most, and there have been many generous donations of clothing and toiletries at the Community Center. Items can be donated at City Place, 225 River Rd., in the old Sleepy's storefront next to Flemings. Baby diapers size 3 and up are needed. Also, the borough has created a municipal GoFundMe account to ensure that monetary donations go directly to those in need. 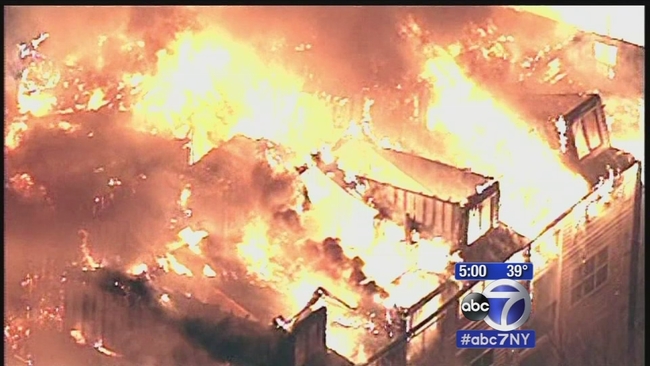 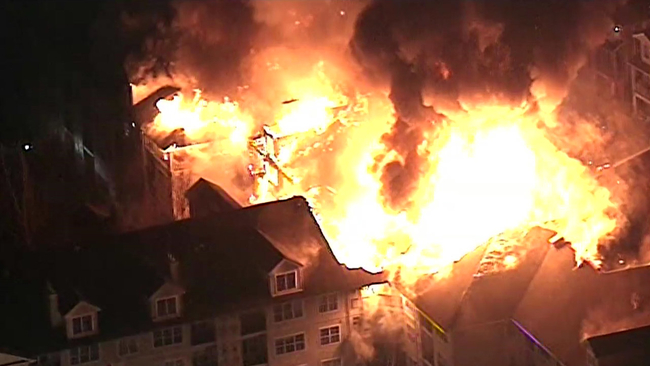 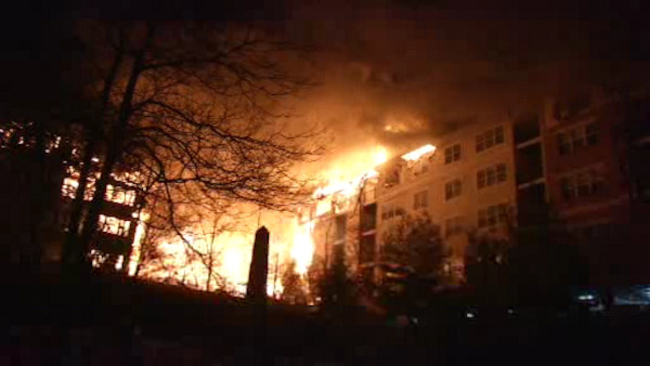 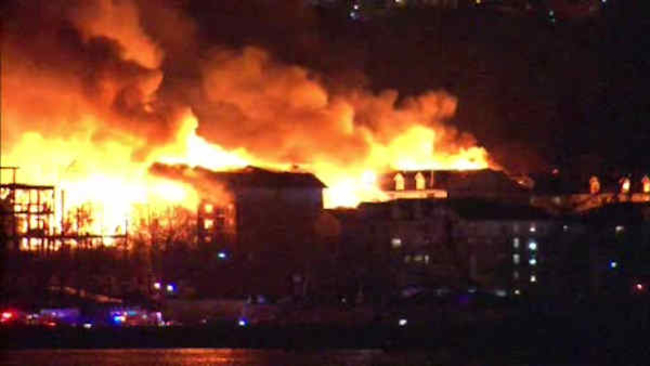 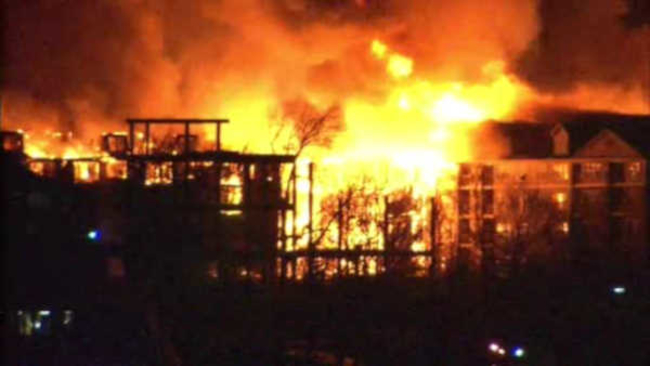