WABC
MIDTOWN, Manhattan (WABC) -- The lead singer of the Harlem Gospel Choir was arraigned Friday after being accused of assaulting a Donald Trump supporter during an anti-Trump demonstration in Manhattan Thursday night.

After spending eight hours in jail, 23-year-old Shacara Mclaurin faced a judge, accused of assaulting an elderly man during an argument over who won the presidency.

Like so many stories, this one has two drastically different versions.

"He's a Trump bully. He bullied her for four blocks calling her an N-word, a black beast, and he told her he was going to F-her up. My client did all she could do to get away from him. When she couldn't get away from him he shoved him on the shoulder," said Victoria Brown-Douglas, Mclaurin's defense attorney.

"She told police officer Gallagher, 'I will F-him up. I did push him I shoved him; I didn't think he would fall. I didn't think I pushed him hard enough for him to fall,'" the assistant DA said.

The accomplished singer says she just wrapped up a performance at the Plaza Hotel.

She was on her way home when she encountered the 74-year-old man, who she says mistook her for a protester, at Trump Tower. 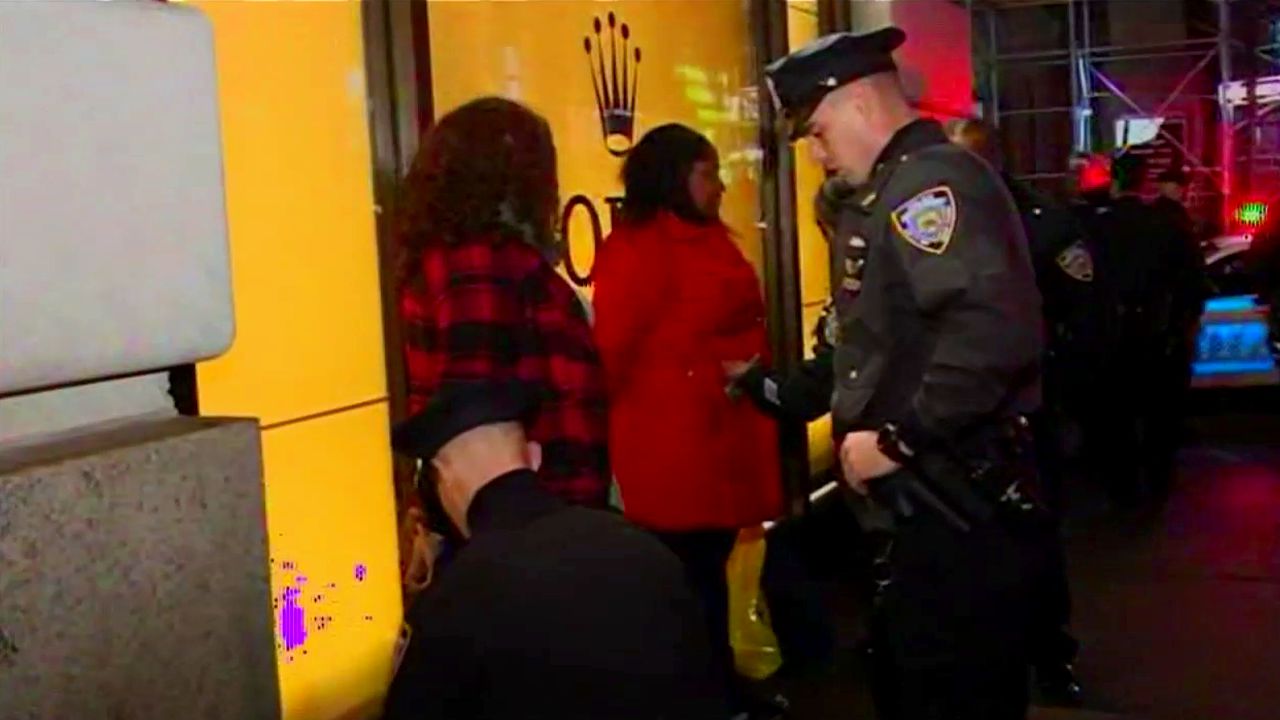 "My character has definitely been tampered. People have been calling me all different kinds of names, picturing a story in the news that is definitely not me," Mclaurin said.

Mclaurin says the man followed and harassed her for four blocks.

Police say she shoved him, causing a gash to his head.

The Brooklyn woman was arrested and charged with felony and misdemeanor assault.

Eyewitness News interviewed Mclaurin five years ago after she was bullied and attacked by a group of classmates.

The incident sparked her anti-bullying campaign and foundation.

So to be accused of this was mind boggling to her.

"I had to spend numerous hours in a prison cell. It's not my lifestyle so it was really uncomfortable for me and it was a horrible experience. I cried, I cried, I was really hurt because I knew that the situation wasn't my fault," Mclaurin said.