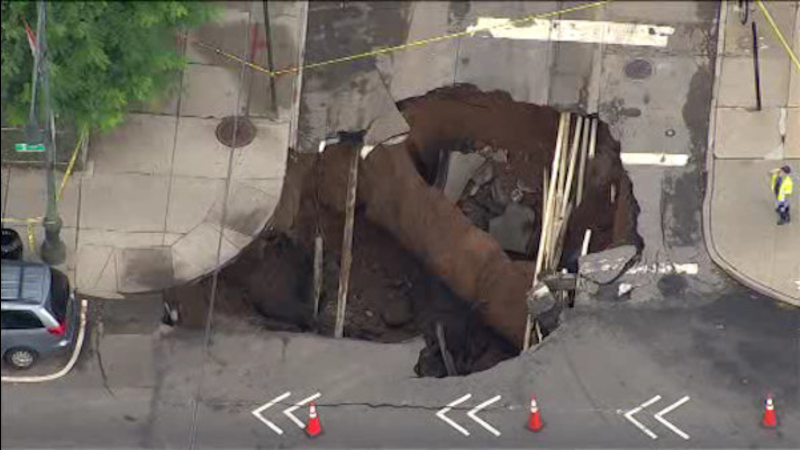 BROOKLYN, N.Y. (WABC) -- Crews are working to repair a giant sinkhole that swallowed up part of a street in Brooklyn Tuesday morning.

The sinkhole, visible on surveillance video, developed around 7 a.m. at Fifth Avenue and 64th Street in the Sunset Park section of the borough.

VIDEO: Watch as a camera caught the hole forming at the intersection. 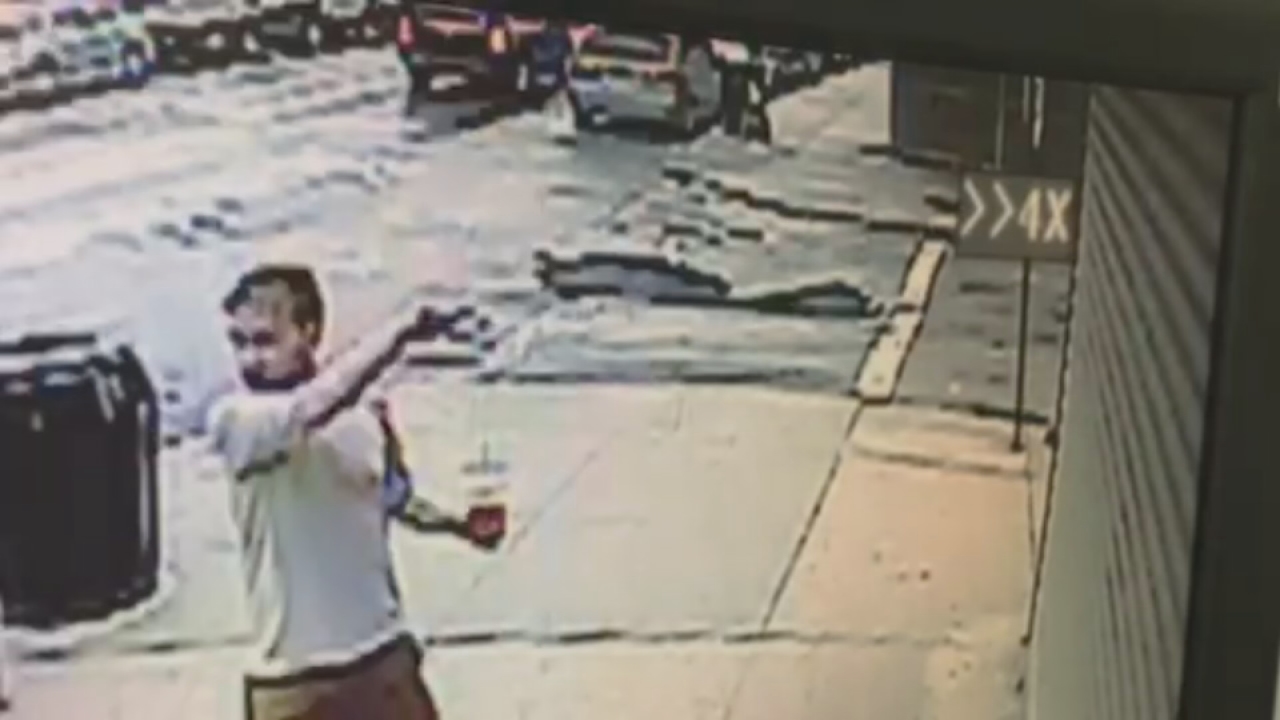 Authorities say a 48-inch water main was leaking under the area, which could have undermined the street and caused it to buckle.

Workers will excavate the hole to find out the exact cause. They will also determine what other underground infrastructure is in need of repair.

No one was hurt in the road collapse.

Water service was cut for two blocks and is expected to be out for some time.

The MTA reported no impact to subway service.

National Grid was called to the site because gas lines are affected.