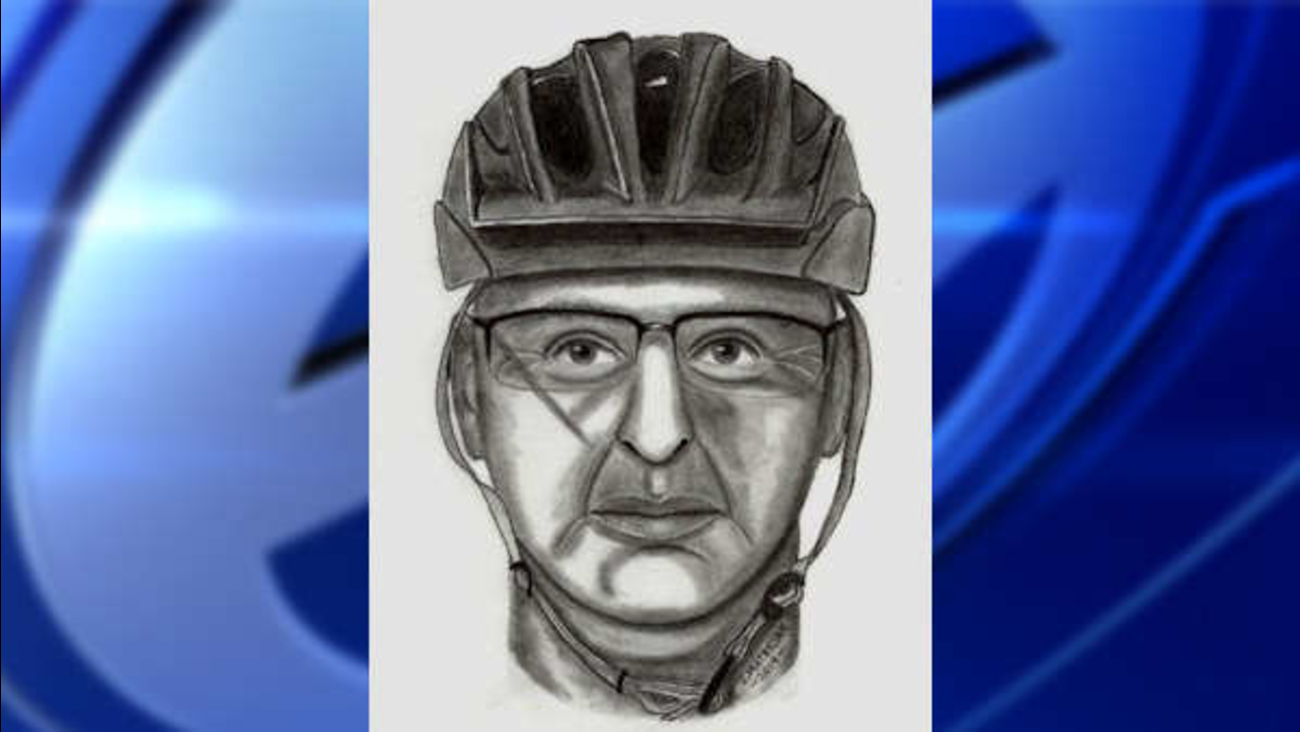 WABC
CARMEL, N.Y. (WABC) --
Police in Carmel have released a sketch of the suspect who tried to attack a woman last week on a bike path.

Investigators say it happened at about 1:40 p.m. on July 1st along the Putnam Trailway in the vicinity of Crafts Road.

The woman told police a man operating a bicycle circled her several times and then approached her. He then tried to grab the woman's arm, however, she was able to fend off the would-be attacker and run from the area unharmed.

Sheriff's deputies, a K-9 unit, along with criminal investigators, Carmel police officers and state troopers, including a helicopter from their aviation unit, scoured the area, but the suspect escaped.

He is described as: a white male, 50 - 60 years old, approximately 5'9" tall, 220 pounds. At the time of the incident he was wearing a black and gray bicycle helmet, green shirt, khaki shorts, white socks and sandals. He was also wearing a black colored brace on his right ankle.

Anyone with information is asked to call the Putnam County Sheriff's Office Bureau of Criminal Investigation at (845) 225-8060. All calls will be kept confidential.