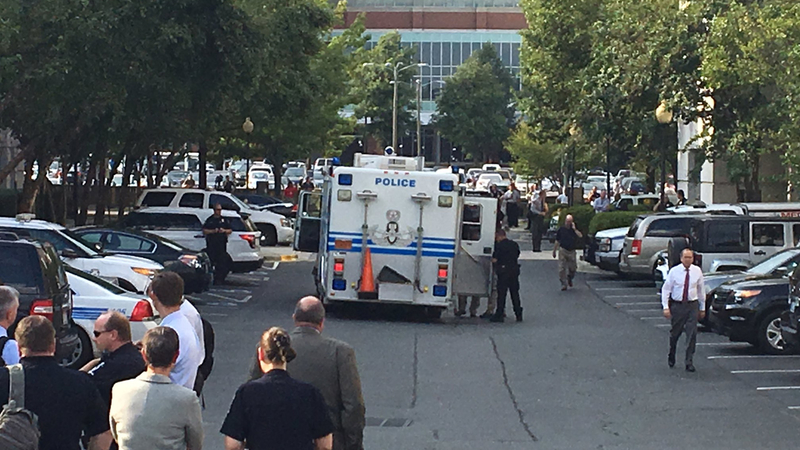 CHARLOTTE -- Charlotte-Mecklenburg police have removed a suspicious package from its headquarters that led to an evacuation.

A statement on the department's Twitter page said a dog alerted to the package after an employee spotted it. A robot removed the package, and about 8:30 p.m. about a half-dozen police cars followed by a firetruck formed a motorcade heading down a street on the outskirts of downtown Charlotte.

Police say the package will be rendered safe at a remote location.

Authorities also said there was no phone call or threat made to the department.

After the package was removed, people were allowed to return to a parking lot across the street from police headquarters.

The headquarters was evacuated after a suspicious package was found in the mail room.

Police cordoned off several blocks around their headquarters after the package was discovered.

According to police, the package was discovered just as activists were entering the building to deliver demands to Charlotte-Mecklenburg Police Chief Kerr Putney.

It's unclear whether there was any connection.

Police have not yet disclosed any details of the contents of the package.

The evacuation comes a week after Keith Lamont Scott was shot and killed by police, sparking protests and demonstrations in the city.