WABC
By By: Mike Waterhouse 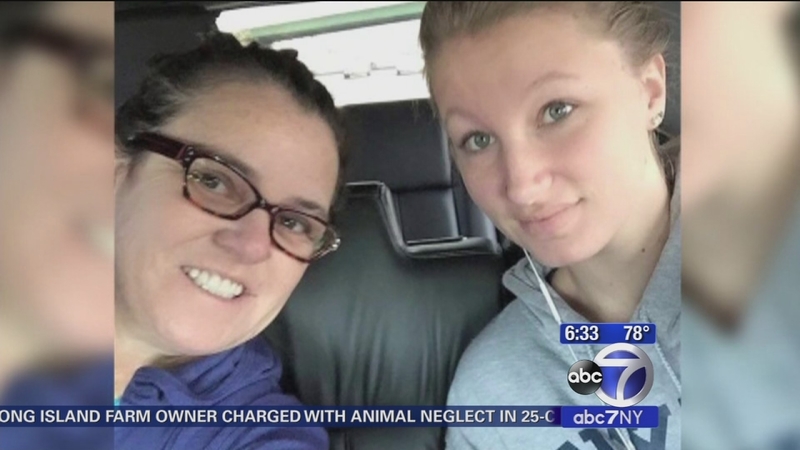 NYACK, N.Y. (WABC) -- Hours after it was publicly revealed that Rosie O'Donnell's 17-year-old daughter had been missing for a week, she was found by police safe in a New Jersey home on Tuesday.

Chelsea O'Donnell, 17, who was reported missing a week ago, was in police custody as of 6:30 p.m. Tuesday. Barnegat Police were contacted by the Rockland County Sheriff's Office Tuesday afternoon to search several homes on Village Drive in Barnegat.

Police spoke with a man inside one of the residences, and he initially did not indicate O'Donnell was inside, but police probed him and he eventually admitted she was there. Police went inside the home and found her.

It's not clear the relationship between Chelsea and man living inside home. She voluntarily left with Barnegat police. The teen refused medical treatment and was of "sound mind," police said. Rosie O'Donnell has a vacation home in the New Jersey shore area.

Chelsea O'Donnell had left the family's home a week earlier with a therapy dog, and her mother's concern was intensified because she had not been taking needed medication. Chelsea suffers from mental illness, according to her mother's spokeswoman, Cindi Berger. O'Donnell appealed to the public for help Tuesday and initially thought her daughter might be in New York City.

Rosie O'Donnell posted a thank you message to her fans:

Rosie's publicist released this statement:
"Rosie wants to thank everyone for their help, especially the South Nyack, NY and Barneget Light, NJ police departments. Her daughter Chelsea O'Donnell has been located by the police and is safe in their custody."

Before Tuesday, Chelsea was last seen on Aug. 11. Police in Nyack, N.Y., had been searching the Rockland County area since Aug. 16.

The news first broke Tuesday via a message posted on Rosie O'Donnell's website said that Chelsea left with her 6-month-old therapy dog named Bear, a 9-pound brown and black terrier.

Rosie posted more photos on Twitter earlier to help get the word out:

It has been a rough stretch for the 53-year-old comedian, who received unwanted public attention two weeks ago when Donald Trump mentioned her name when asked in a Republican presidential debate about harsh comments he had made about women. O'Donnell had a major heart attack in 2012, and discussed her near-death experience in an HBO special earlier this year. She rejoined the daytime talk show "The View" last year, but left again before six months were up, saying the routine was proving too stressful for her heart condition.