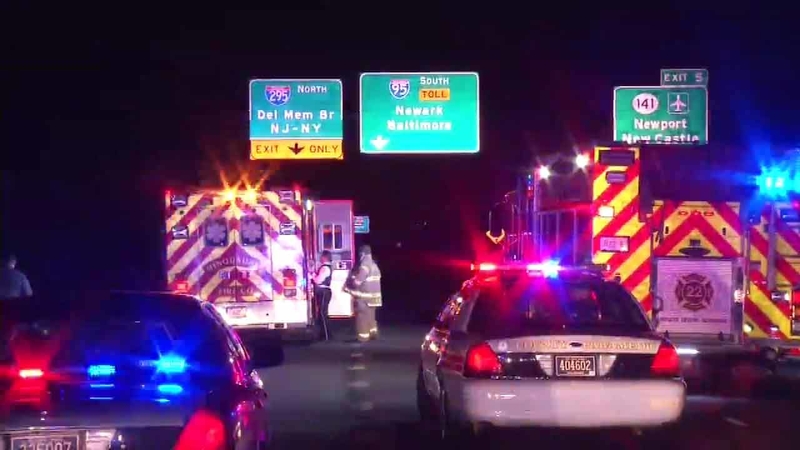 NEWPORT, Del. -- Police in Delaware say an argument between a married couple led to a deadly pedestrian crash on I-495.

It happened on the southbound lanes near the I-95 junction in Newport around 1:45 a.m. Sunday.

Police tell Action News the husband and wife, from Maryland, were arguing as they traveled down I-495.

The woman decided to jump out of the moving car and was hit by another vehicle.

She was rushed to Christiana Hospital where she later died from her injuries.

Police say the victim may have been drinking prior to the incident.

I-495 was closed for approximately two hours while the crash was investigated and cleared.