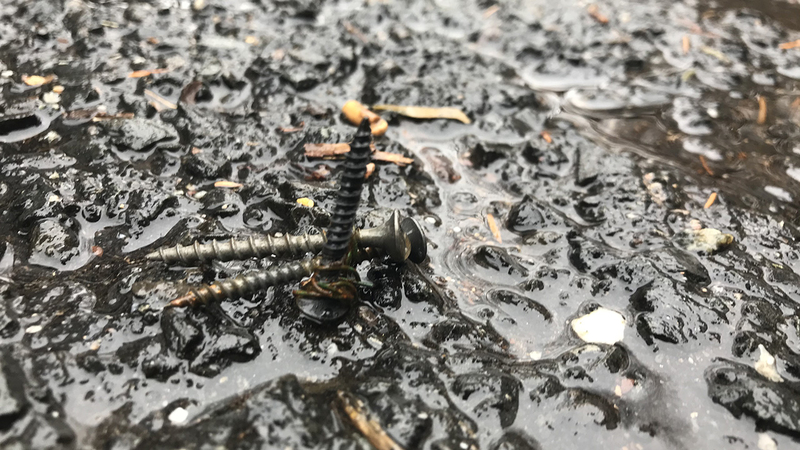 NUTLEY, New Jersey (WABC) -- Police in New Jersey have arrested a man they say was tossing snowballs with nails and screws inside of them onto the roadway from his vehicle.

Authorities say 54-year-old Adrian Sanchez, of Clifton, threw snowballs with close to 90 nails and screws inside from a 2010 Silver Ford Expedition in Nutley on December 6.

Police have been investigating multiple incidents of camouflaged nails and screws wired together since August, and they are now looking into whether Sanchez might be behind those as well.

He was charged with multiple counts of throwing debris from a vehicle, weapons possession and violation of a restraining order, which is believed to be the reason for his alleged deployment of the screws.

Police Chief Thomas Strumolo said that there were more than 20 instances in which either police or residents reported finding nails and screws at the intersection of Kingsland Street and Windsor Place.

He said most were wired together in such a way that they stood upright, guaranteeing they would flatten a tire.

He said that Sanchez was frustrated with legal proceedings involving a Windsor Place resident.

Police Director Alphonse Petracco said that although throwing nails and screws in the road seems minor in comparison to many other crimes, it could have been extremely dangerous should someone have had a blow out and crashed as a result.