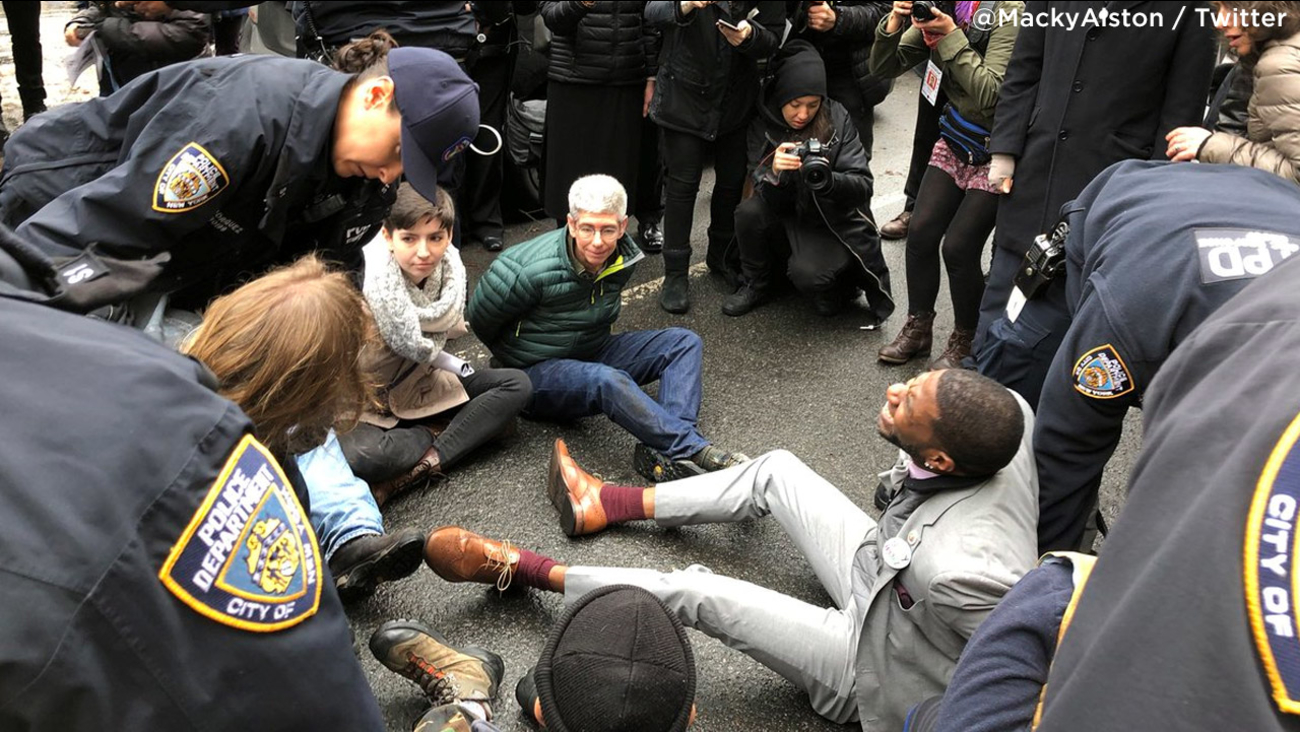 LOWER MANHATTAN, New York -- New York City councilman Jumaane Williams has been sentenced to time served after he was convicted of blocking an ambulance during a protest over the detention of a prominent immigration rights activist in January.

A jury on Monday found Williams guilty of obstructing emergency services. He was acquitted of disorderly conduct and the more serious charge of obstruction of government services.

Ydanis Rodríguez and Jumaane Williams, who both hold council seats, were arrested in Foley Square while protesting the arrest of Ravi Ragbir, an immigrant rights activist.

The 41-year-old Democrat from Brooklyn was arrested outside a federal building over the detention of Ravi Ragbir, a citizen of Trinidad who has been fighting deportation after a fraud conviction.

They face off in the Democratic primary on Sept. 13.