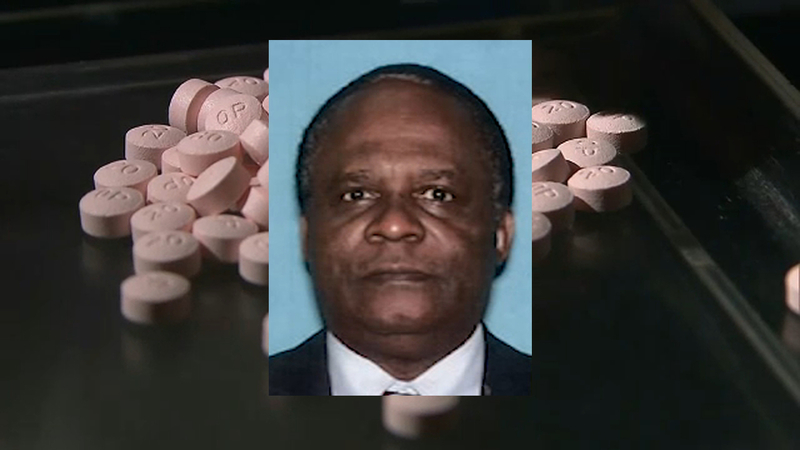 He was one of ten doctors charged in a massive bust last year.

Authorities say that in exchange for cash payments, Dr. Nkanga wrote hundreds of oxycodone and other controlled substances prescriptions from 2013 to 2018 for patients he knew had no legitimate medical need for them, some of whom displayed visible signs of drug addiction.

Authorities say Dr. Nkanga also wrote prescriptions in the names of patients who did not even visit his medical office.

On one occasion, officials say the doctor asked a patient, "How many people are you representing today?" and then wrote prescriptions in the names of people even though three were not present. Dr. Nkanga, 66, is accused of regularly prescribing more than 100 oxycodone pills per patient per month until July 2018, when authorities say he reduced all patients' monthly allotment, telling one patient he was "very worried" about scrutiny from law enforcement.

"Now he awaits sentencing for his role as a drug dealer masquerading as a doctor," said Manhattan U.S. Attorney Geoffrey Berman.

Each of the five counts to which Dr. Nkanga pled guilty carries a maximum sentence of 20 years in prison. Sentencing is scheduled for Jan. 30.