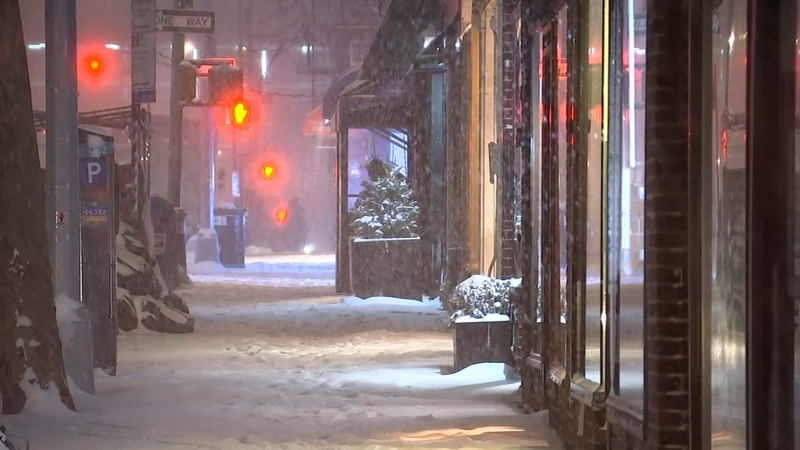 NYC could be hit with biggest snowfall in years

NEW YORK CITY (WABC) -- On the heels of indoor dining being suspended in New York City due to an uptick in coronavirus cases, outdoor dining is taking a hit as well thanks to the major winter storm hitting the Tri-State area.

A "snow alert" triggered a requirement that restaurants remove or secure outdoor furniture and remove their electric heaters.

As a result, outdoor dining was suspended as of 2 p.m. Wednesday when the Department of Sanitation's snow alert took effect.

Narrow side streets have always been a problem for snow plows, and now, many of them have outdoor dining setups that present an even greater challenge.

Mayor Bill de Blasio says the city now has smaller, more agile vehicles to more easily tackle side streets, and that's despite cuts to the sanitation budget this year due to the pandemic.

Additional preparations include anti-icing treatments that began before the snow's arrival and salt spreaders that are out on the roads.
EMBED More News Videos

City leaders spent the day pleading with New Yorkers to stay out of the way of thousands of sanitation crews.

Despite the wallop of snow, the MTA continued to operate a normal schedule.

Meanwhile, restaurants will be permitted to reopen when the alert ends, likely later Thursday.

"Having to suspend outdoor dining in the roadways due to the plowing operation, certainly, it's the worst timing possible," acting Sanitation Commissioner Edward Grayson said. "Especially with these local businesses, which in New York anyway, whether it be in New York or in Manhattan or out in the boroughs, it's the flavor of the neighborhood. We want to work with them. We want to do everything we can. We're committed to keeping them solvent and viable, so yeah, definitely adds a challenge, plowing around them is a challenge. So the message for our operators this year is slow and methodical. If we want to control the weight, we want to make sure we're not pushing too much snow to the right side at any given time towards structures. And just keep on, keep on our method, keep on our process."

A Snow Alert is enacted when:
- There is over an inch of accumulation

- Roadway dining must close
- Entire structure must be broken down if over 12" forecast
Meantime, all COVID testing at NYC Health+Hospital locations ended at 2 p.m. and is expected to resume at noon Thursday.

AccuWeather: Better half of weekend 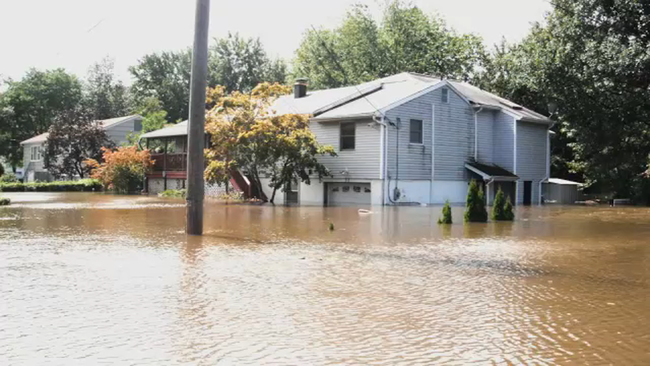 Help on the way after NY residents suffer decades of flooding