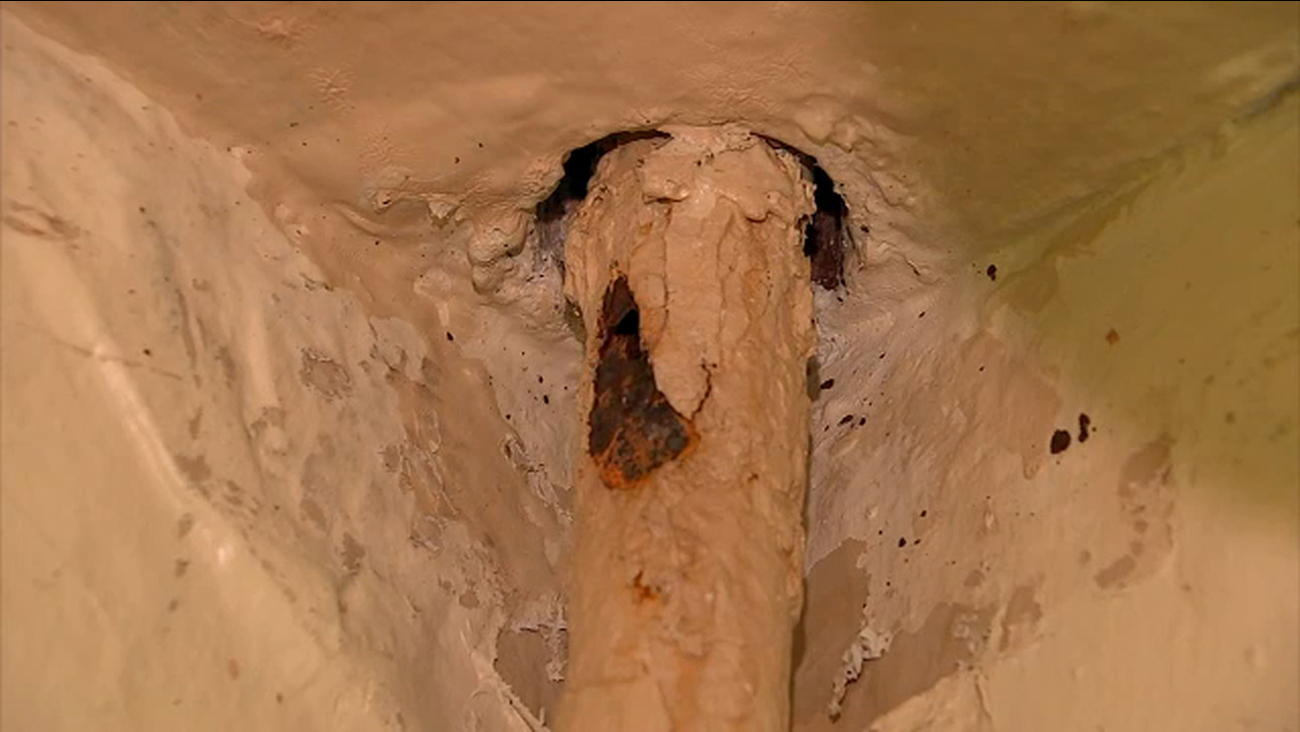 NEW YORK (WABC) -- A woman is fighting to have repairs made at her NYCHA apartment in the Bronx after a pipe burst, filling the apartment with scalding steam.

That is how Stephanie Laguna and her two young children woke up at 4:30 Sunday morning.

"When I opened my eyes I saw what looked like a fire coming out of the bathroom," she said.

It wasn't a fire. A steam pipe in Stephanie's NYCHA Marble Hill Houses apartment had burst, sending steam shooting out of the hole.

It was so hot that she couldn't get any farther than the door.

"Terrifying," she said. "I felt the heat, I left my 3-year-old sleeping, I tried to open all the windows."

Laguna carried 8-month-old Evan in her arms, and 3-year-old Evie stayed in the bed as the problem continued.

Stephanie called NYCHA, but nobody answered, and then she called the FDNY because the steam wouldn't stop.

"They went to the basement to try to cut it off, they couldn't," she said. "They said nothing was labeled. They walked to the maintenance office where they said there would be someone there 24 hours, but there was no one there."

For more than five hours, NYCHA couldn't get the steam shut off. It continued to pour out of the pipe as workers wrapped a towel around it and closed the door, but water pooled in the bathroom.

So much steam escaped that it peeled off the tiles on the floor.

It also streaked the freshly painted wall, and water filled up trays in the bathroom.

"After they shut it off, that was it I haven't heard from them," said Stephanie.

The pipe hasn't been fixed and so far there is no schedule to get it fixed.

Eyewitness News reached out to NYCHA regarding the issue, but there was no word back from them Monday night.