Suspect in custody after refusing to pull over, crashing into NYPD cruiser in Brooklyn: police 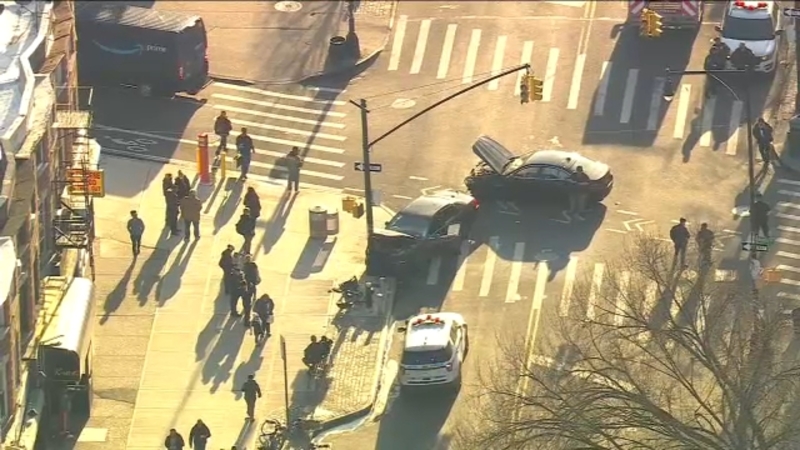 DITMAS PARK, Brooklyn (WABC) -- What could have been a routine traffic stop turned hectic when one Brooklyn driver attempted a quick getaway.

Officers attempted to stop the driver of a Mercedes-Benz sedan after noticing the plate was missing and the windows had mismatched tint.

The driver instead refused to pull over and punched the gas.

In the process of trying to flee, he side-swiped several cars and ended up colliding with another car at the intersection of Rugby Road and Cortelyou Road.

That car was an NYPD cruiser.

The driver was taken into custody and two officers were taken to NYU Langone with minor injures.

Charges for the driver are currently pending.

Stacy Sager reports on the much-anticipated event from Nassau County.