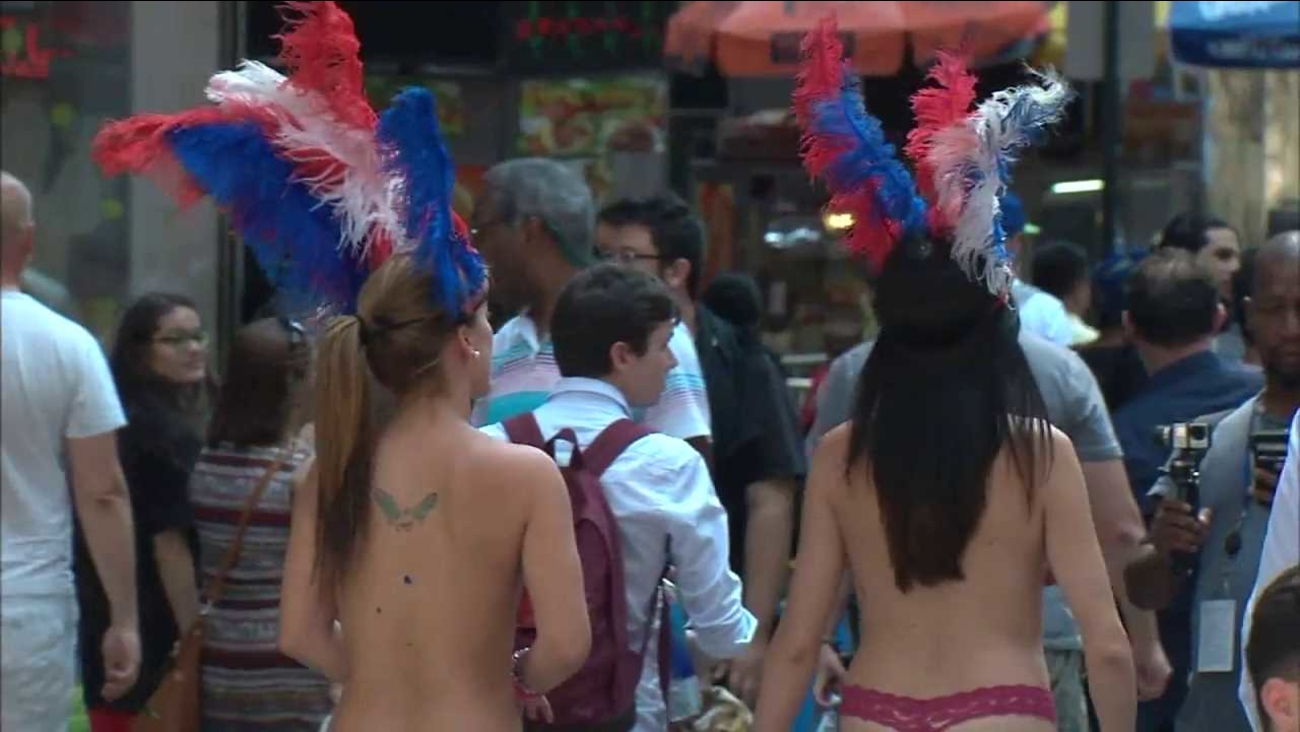 The officers, who were based out of the 71st Precinct in Crown Heights, Brooklyn, were assigned to a counterterrorism drill in Times Square on Monday when the photos were taken. They posed with two topless women.

An NYPD official called this "extreme lack of judgment" on the officers' part.

The two officers have now been reassigned to separate commands.

The Patrolmen's Benevolent Association said the department's actions were inappropriate.

"Once again, New York City police officers are being held to a different and unfair standard," PBA President Pat Lynch said. "Posing for selfies with tourist and performers is standard practice for officers and there is no way these officers violated any laws. Punishing them in any way for it would be a miscarriage of justice."