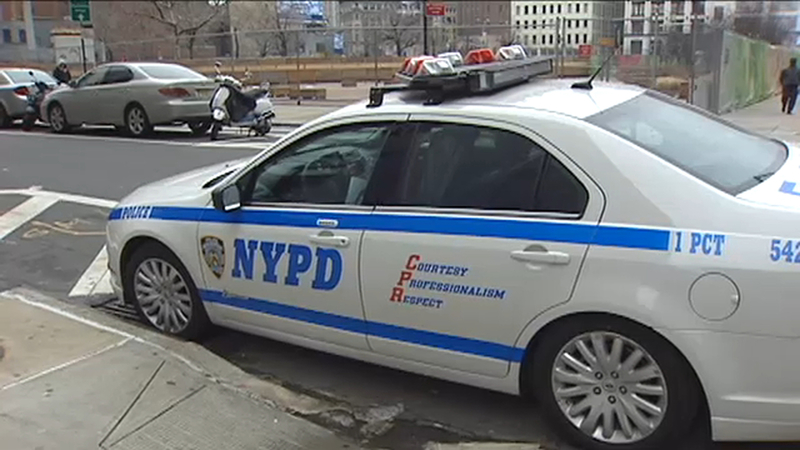 NEW YORK (WABC) -- Crime statistics released Wednesday by the NYPD point to a disturbing trend - that police are doing less since the firing of Officer Daniel Pantaleo in the 2014 arrest and death of Eric Garner.

Police admitted that felony arrests have dropped 11 percent compared with the same two-week period last year. Misdemeanor arrests are down 17 percent. And moving violation stops are off 32 percent.

"Police officers have a responsibility to keep people safe, they need to do their jobs," said NYPD Commissioner James O'Neill.

The commissioner confirmed an arrest reduction, but refused to call it a work slowdown.

"Crime is down," said de Blasio. "Gun arrests up. J'ouvert, which is a historic problem, was handled without a single incident so our officers are keeping people safe."

The mayor was also peppered Wednesday with questions on whether his presidential run has made him a lazy mayor. The Daily News recently wrote de Blasio works 'an average of 4.1 hours per workday'.

"Well, the role of the mayor is unlike any other role. Let's be very honest," said de Blasio.

He added you can't judge a mayor by the hours he puts in at City Hall, that he works remotely all the time, even on a hike in the desert.

"Typically you're talking about something like 6 in the morning til 10 or 11 at night," he said. "And it doesn't matter where I am. And it's interwoven with everything. It just is non-stop."

And for the first time, the mayor said that if he doesn't make the next Democratic debate in October, he's likely out of the presidential race.

"And if I can't, I think it's really tough to conceive of continuing so that's the way I'm looking at it right now." he said.

If de Blasio does drop out of the presidential race in October he'll still have another 27 months or so as mayor, plenty of time to work on what he calls his main accomplishments: lower crime, more jobs and improving schools.