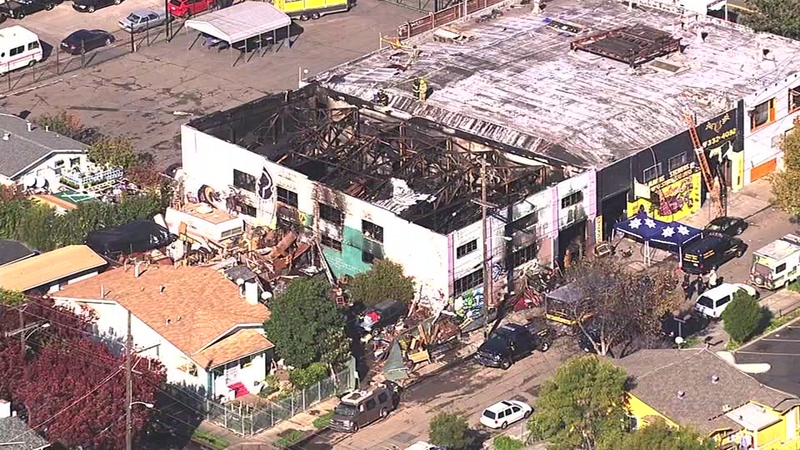 Oakland warehouse under investigation for blight issues before massive fire

OAKLAND, California -- The ABC7 News I-Team has learned that there was a blight complaint filed against the building involved in the massive fire in Oakland's Fruitvale neighborhood that killed at least nine people.


The warehouse, called the Ghost Ship, has a long history of holding parties. Several high-tech DJs were performing Friday night.

The event was set to continue until 4 a.m. but the fire broke out just after 11 p.m.

On Nov. 14th, a blight complaint was filed saying the property was piling up with tons of garbage, where items were left on the sidewalk near the property and some of the trash were hazardous. The owner of the property says it's a storage space. However, it was submitted as a trash recycle site.

Photo of what Oakland Ghostship looked like before the deadly fire, debris and wood stacked outside and on the sidewalk. #abc7now pic.twitter.com/IGTRTnweoC


The warehouse's main building turned into a residential site for the artist community, where individuals were living inside the cramped space. There are photos that reveal the inside living conditions of the warehouse and of the artists' set-ups.

A Housing Habitability complaint is issued on the site with a pending investigation -- that's underway as of Nov. 14th. The complaint stating the site has "illegal interior building structures." There are complaints dating back over a year regarding the cramped conditions, electrical wiring issues, people living there, etc.

Oakland police held a news conference on the fire that has claimed at least 9 lives.

ABC7 News has been talking to an official briefed on the situation, who says early indications show that this was not arson but appears to be an electrical fire. These details have not yet been confirmed.

We're told the only sole exit was blocked by the fire and that once the fire started the power went out. People became disoriented inside which made it difficult to escape the fire.
The fire chief described pallets stacked up as makeshift stairways. 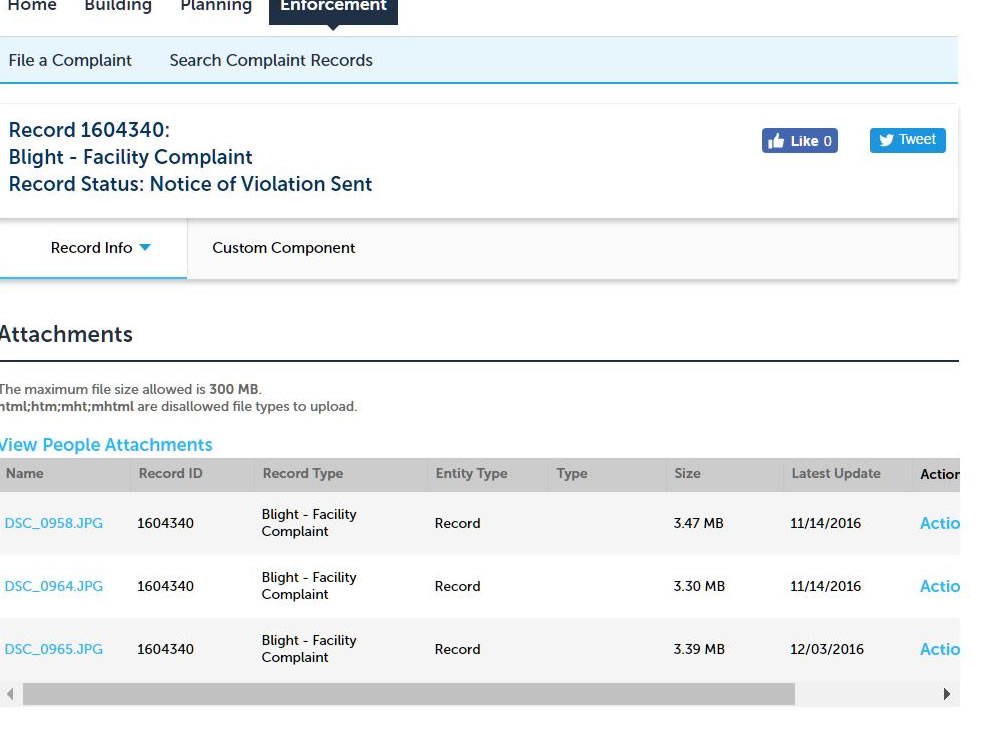 This is a screengrab of the online blight complaint filed against the warehouse in Oakland, Calif. that went up in flames on Friday, Nov. 2, 2016.

Investigators are working to determine if code enforcement was aware the building was being used as entertainment.

It appears the owner of the property was cited several times for blight and there was an ongoing investigation about inappropriate building inside the property.

There are no citations on having parties at the site, but citations on the property were regarding people living there, wiring issues, etc. The property is valued $43,294.

Officials say criminal charges are possible depending on the investigation outcome.

Click here to donate and help the the families of the victims.