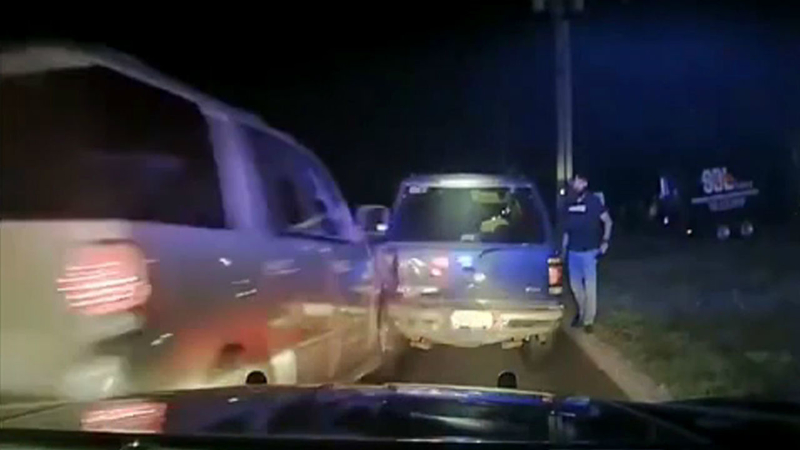 MANCHESTER TOWNSHIP, New Jersey (WABC) -- Four police officers in New Jersey and another man were injured when a suspected drunken driver crashed into the vehicle they stopped.