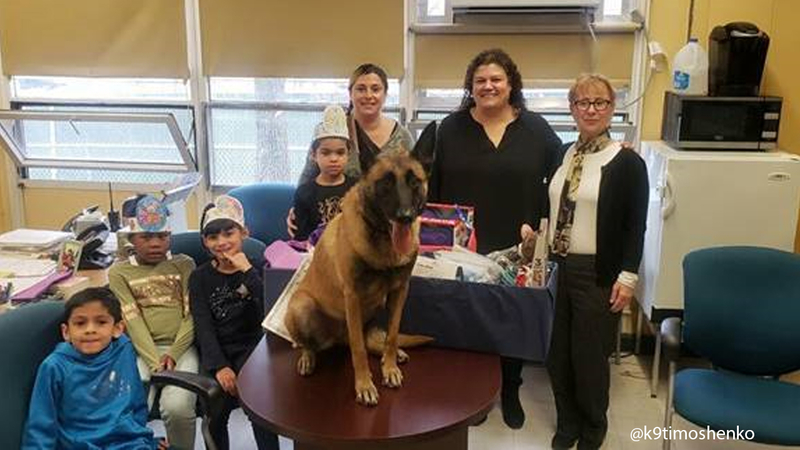 NEW YORK (WABC) -- NYPD K-9s lent a helping paw to their human handlers over the holiday weekend by collecting donations to be shipped to Afghanistan.

K-9 Timoshenko, along with his four-legged pals K-9 Marci and K-9 Russel, helped prepare and package donations at PS 373R in Staten Island to be sent to Afghanistan as part of Operation War Dogs.

NYPD ESU K9 started their #BlackFriday shopping early this year. They took part in “Operation War Dogs” which collects donated supplies for our nation’s military working canines. Thank you letters, toys & equipment such as goggles will be shipped to K9 units on active deployment. pic.twitter.com/LcBhalHMse

The operation involved collecting donated supplies for the nation's military working canines. Among the supplies included in the roughly 30 box shipment were thank you letters, dog toys, treats, shampoos, nail clippers and goggles.

K-9s Timoshenko and Russel are German Shepherds who were named after Staten Island Detective Russel Timoshenko, who was killed in the line of duty in 2007.

We told K9 Russel he could keep one thing, and he chose the sweater. 🤦‍♂️

K-9 Timoshenko himself was injured in 2017 when he fell through a ceiling while searching a Brooklyn house for guns.