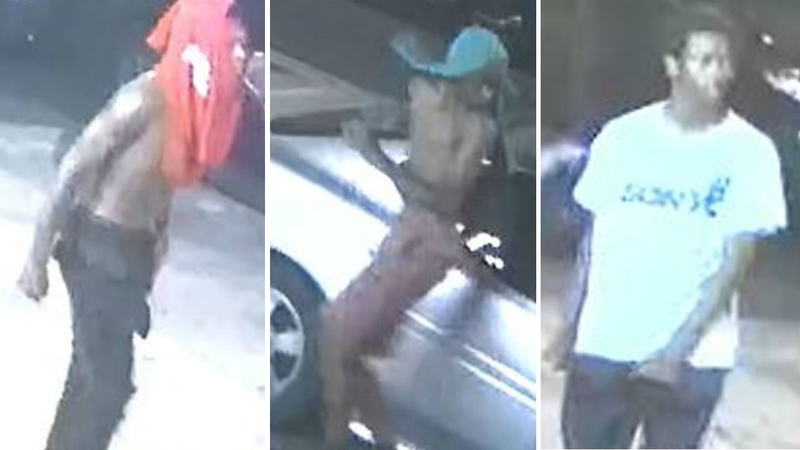 OZONE PARK, Queens (WABC) -- Police are searching for the same group of men in connection to two violent robberies in Queens.

A 68-year-old victim was walking on the street when he was approached by three men. They punched and kicked him before taking his backpack and $20.

The second incident was reported on July 29 at 10 p.m. on Lefferts Boulevard and was caught on surveillance video.

In that incident, a 34-year-old man was walking on the street when the men attacked him and punched him several times before taking his phone charger and wallet.

"I would assume that they followed the individual who they robbed and they attacked him right here from what I saw on the video," store owner Tejkumar Bhulai said. "It's very tragic to see things happening around your business, you know what I mean, because customers won't want to come here."