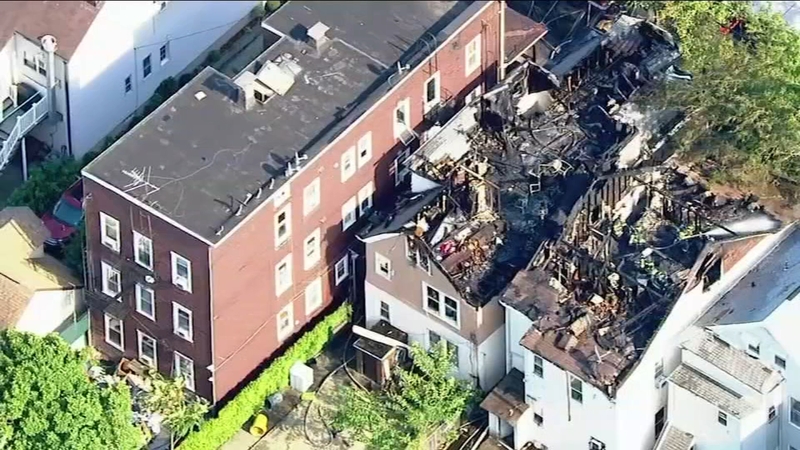 PASSAIC, New Jersey (WABC) -- Several firefighters were overcome while battling a fire in New Jersey that spread to several homes.

Four homes were burned and two were destroyed when a fire started in a basement on Passaic Street around 2 p.m.

At least nine firefighters were hospitalized and needed assistance after suffering from heat exhaustion and smoke inhalation.

Another two firefighters suffered injuries from slipping and falling.

Several other firefighters were treated for heat exhaustion on the scene but did not need to be transported to the hospital.

Officials said the hot, humid weather conditions made fighting the fire very difficult. Firefighters were rotated out every 10 minutes due to the heat.

Several other towns responded to assist with the switching out of crews.

Firefighters came to the rescue of a woman in a wheelchair from a second-floor window.

No civilians were injured, but twenty people from six families were evacuated and lost their homes.

The Red Cross was providing them with food, shelter and clothing.

Authorities believe the cause of the fire was electrical.

Officials say instead of getting out and calling 911 immediately, the resident of the home where the fire started tried to put it out himself. That delay proved costly.