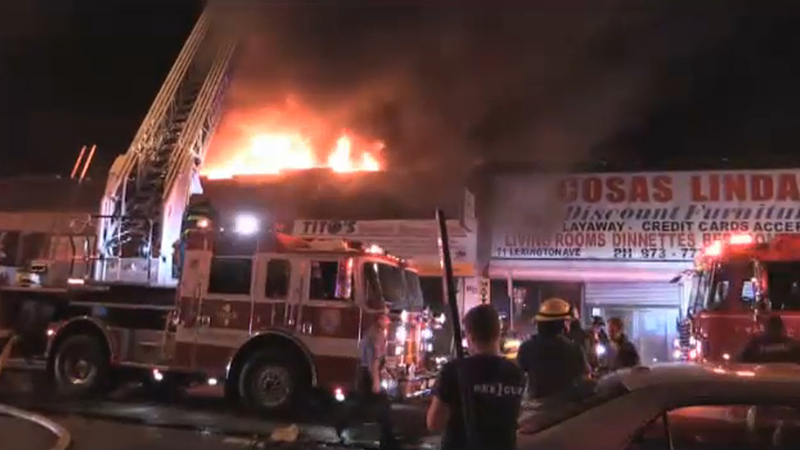 PASSAIC, New Jersey (WABC) -- A six-alarm fire burned through a strip of businesses in Passaic, sending six firefighters to the hospital.