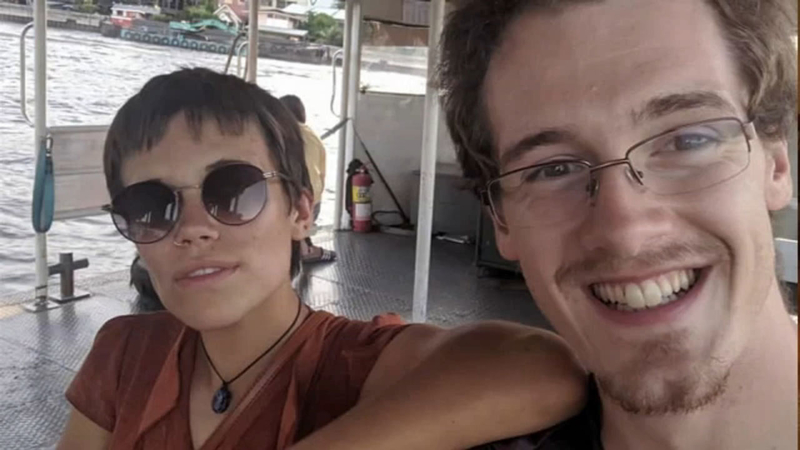 MAGNOLIA, Texas -- A 22-year-old man from Texas and his girlfriend are currently detained in Malaysia because an immigration agent saw their passports did not have stamps showing that they entered the country.

"It's a nightmare," said Denise Lucas, the man's mother.

Will Lucas and his girlfriend, Sam, had spent several weeks in Thailand volunteering at an orphanage and went to Malaysia to help build a sustainability project.

"He's volunteered all his life," Denise Lucas said. "He was with AmeriCorps and then Habitat for Humanity."

Will and Sam were supposed to return home Wednesday night, but then Sam's father told Denise that he couldn't reach the couple by phone. Airline records showed they had never boarded their flight home.

"Forty-three phone calls later, we learned they had been detained," Denise said.

She was able to speak with Will briefly on Wednesday. He called conditions in the detention area "deplorable."

"He told me that the border agent in Malaysia waved them through the line without stamping the passports," Denise said. "He said the agent was probably waiting for money. He said, 'Mom, I missed it.'"

Both Sen. Ted Cruz and Rep. Kevin Brady are assisting the family and working with the U.S. Embassy in Malaysia.

Meanwhile, the Lucas family waits in Magnolia for Will's return.

"He did nothing wrong," his mother said. "They were there to help people. He has such a sweet spirit and I hate that this happened to him. But if he goes out of the country again, I'm going with him."