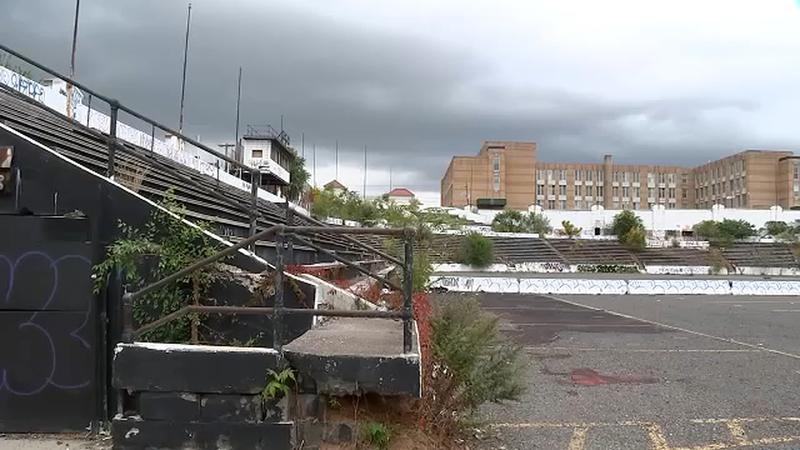 PATERSON, New Jersey (WABC) -- A historic stadium in New Jersey has fallen into disrepair, but now there is a plan to bring it back to life and transform it into a place for the community.

Once-proud Hinchliffe Stadium in Paterson is a symbol of decades of urban decay, dereliction and destruction. It has become a shelter for the homeless, where weeds became trees and what once was, is all a distant memory.

But now there is hope on the horizon for Hinchliffe.

"You're breathing new life into a neighborhood and improving Paterson's image, because it goes from becoming a symbol of decay to a symbol of progress," said Paterson Mayor Andre Sayegh.

The stadium sits on park service land, and during its heyday it was the home of Negro League baseball.

Paterson's own hero, Larry Doby, played in Hinchliffe. The stadium opened in 1932 and it was the site of the 1933 Negro League World Series along with local high school football games, which attracted thousands.

Another Paterson hero, Lou Costello, performed there along with partner Bud Abbott.

The last of the stadium's useful days saw it turned into a parking lot and then abandoned. But a $76 million dollar revitalization plan could breathe new life into the area.

"There's a real hum out there that things are changing in Paterson, so this will help spur investment," said Paterson Economic Development Director Mike Powell.

Residents have some reservations because parking in the neighborhood is limited, but will wait to see if Hinchliffe can rise from the ashes.

"It used to be wonderful, now it's all garbage," said Paterson resident Maria Giraldo.

Besides the stadium, a new parking lot is part of the plan along with senior citizen housing and a restaurant. And a mural celebrating the stadium's past will be unveiled Thursday as city leaders look to the future.

"When African-Ameicans were excluded from playing major league baseball, they were home here in Hinchliffe," said Mayor Sayegh. "They found a home in Hinchliffe."