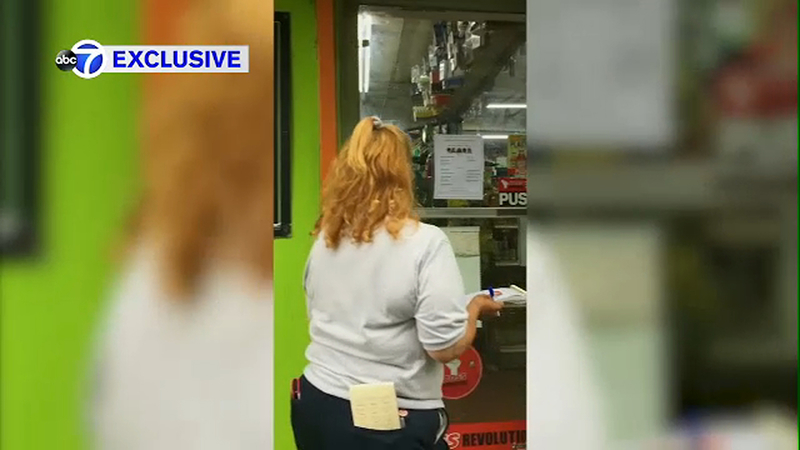 PATERSON, New Jersey (WABC) -- A parking dispute in Paterson, New Jersey turned violent when a driver was punched by the agent writing his ticket.

And neighborhood residents say it isn't a new problem, speaking about it exclusively with Eyewitness News.

Someone who writes parking tickets will never win a popularity contest, but the city of Paterson has launched an investigation, not just into the agent who lost her cool and punched Tshon Wells on camera, but also into the ticket she was writing in the first place for his car.

"And I asked her you know why are you giving me a ticket? And she said because the meter's expired," said Wells.

In the video he is heard telling her, "That's not my meter", and he seems to be right.

The problem is, there's a meter for one space, and a meter for another space, but Tshon was parked in between, where there has never been a meter, the best spot on the block. "Everybody fights for this spot," said Tshon.

But as Paterson officials look into the case, residents say it's brought up a larger problem of abuse at the hands of the city's parking authority.

Valencia Bethea says she's had more than a dozen tickets dismissed by a judge, because as the holder of a handicapped placard, she should never have gotten them.

A picture showed her car with the handicapped plate, a ticket wrapped under the wiper for an expired meter. Not only does her placard exempt her from paying it, she couldn't pay it if she wanted to: the meter's broken.

"They have a quota that they must meet. And this is where they meet it at," said Bethea.

Paterson officials didn't respond to our requests on that issue. As for the punch, all they will say is that they have launched an investigation.

"She needs to be reprimanded for her actions for hitting a city resident," said Wells.