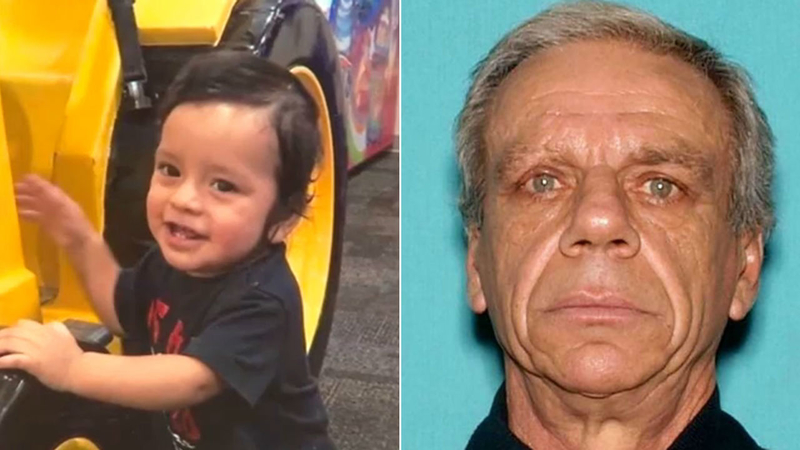 RARITAN, New Jersey (WABC) -- A New Jersey man is facing vehicular homicide and other charges after authorities say he was drunk and high when he struck and killed a boy on his way to celebrate his first birthday.

Matias Ortega's 5-year-old brother and their mother were also struck and severely injured around 7 p.m. in the area of Anderson Street and Second Street in Raritan Saturday night. They were on their way to his birthday party.

Police say 62-year-old Ronald Rebernik was operating his 2004 Ford Escape southbound on Anderson Street when he crossed to the northbound side, struck two parked vehicles, left the roadway and continued southbound on the sidewalk, where he then struck three pedestrians.

He then continued southbound on the sidewalk and reentered the roadway, striking two more parked vehicles on the northbound side of Anderson Street before becoming disabled.

Authorities say the 36-year-old mother was walking northbound on the sidewalk with her 5-year-old son while pushing a stroller with the 1-year-old when they were struck.

Matias, born July 7, 2017, was airlifted from the scene and was pronounced dead at the hospital. The 5-year-old is in critical condition, while the mother also suffered serious injuries.

He remains under police guard at an area hospital and is due in Somerset County criminal court on July 30.

Anyone who may have witnessed the accident or had additional information is urged to contact the Somerset County Prosecutor's Office at (908) 231-7100 or the Raritan Borough Police Department at (908) 725-6700.