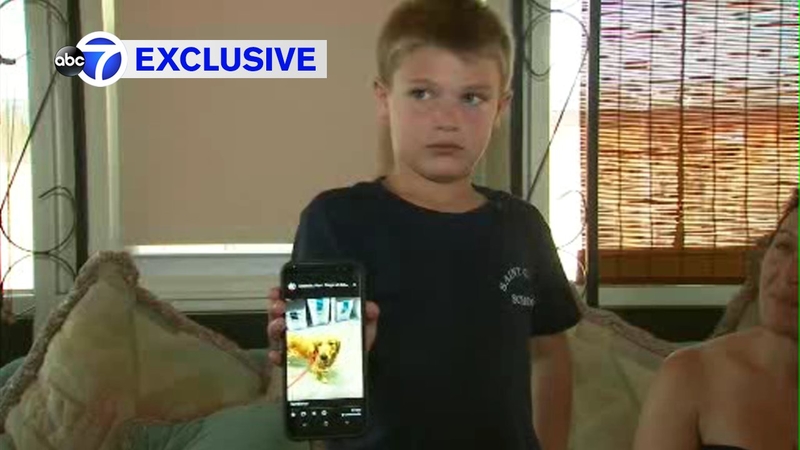 NEW YORK (WABC) -- A young boy in New York City who desperately needs a service dog to be his partner is running into an insensitive wall of bureaucracy.

"If you had the dog, would some of those fears, some of that anxiety go away?" Dolan asked.

So we'd like to show you Daniel and his dog working together, playing together.

Daniel and his mom would sure like that, but his family hasn't been able to get Sundance yet.

But the school, St. Clare of Assisi in the Bronx can't allow the dog until the city gives its OK. Lawyers who study this say the law is clear.

"I don't see what the issue is. If it's a service animal in a facility or school it has to be allowed," said Peggy Collen, attorney.

Well, Daniel's no lawyer, but he doesn't see what the issue is either.

"It helps me monitor my blood sugar and it helps me live a happy life," Daniel said.

School ends next Friday. Daniel may get Sundance then.
Report a correction or typo
Related topics:
new york citychildren's healthdogservice animaldiabetes
Copyright © 2021 WABC-TV. All Rights Reserved.
TOP STORIES
Masks will be required for NJ students K-12, Murphy to announce
Murder investigation after lawyer found dead in NYC office
Hospitals gearing up for possible surge of pediatric COVID patients
Where is my tax refund? Why they're still delayed
Brooklyn hospital renamed in honor of Ruth Bader Ginsburg
29-year-old man shot in chest, arm while standing outside in Queens
Cow Parade back in NYC after more than 20 years
Show More
Exclusive video shows shooting that injured 2 passengers on MTA bus
How long can Cuomo last without resigning or getting impeached?
Adoptive father now watching his son compete in Tokyo Olympics
FAA calls on airports for help after Philly to Miami flight chaos
2 charged in teacher's murder among 28 arrested in NYC gang bust
More TOP STORIES News