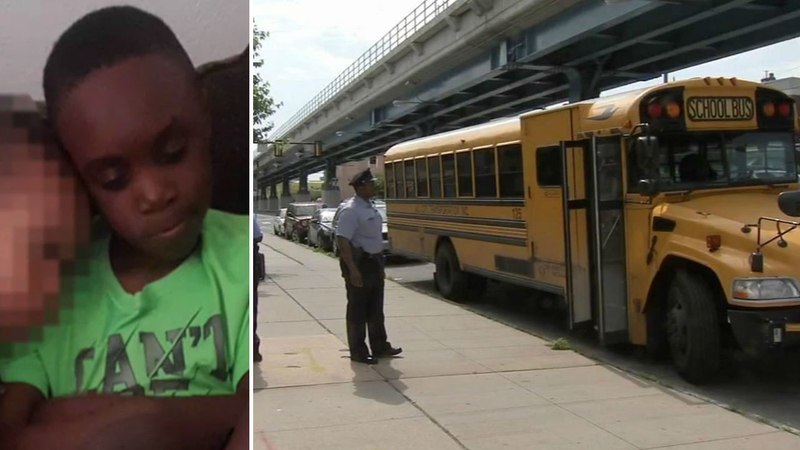 Boy left behind on school bus for second time

PHILADELPHIA -- A 7-year-old boy was left behind on a school bus in Philadelphia for the second time in less than a week.

"We talked to him to ask his name and ask him if he was OK," said Harriette Downing of West Philadelphia. "We asked him did he need some water or something but he was calm, really calm, only a little scared."

There was probably good reason he was not very afraid. This little boy is named Atiff Ibn Kayzar and it is not the first time this school year that he has been left behind on the school bus.

With no driver in sight, the women called 911, who then called Atiff's father.

"I didn't know lightning could strike twice," said Kayzar Sanders. "I thought it was a joke at first."

Sanders' disbelief stems from the fact the same thing happened just last week. Last week, he was coming home from his school, the Quba Institute. In Thursday's incident, he was headed to the school.

"He is alright. He didn't want to get on the bus," said Sanders. "We just got him back to getting on the school bus."

In the first case, the bus driver lost his job.

Thursday's driver was taken into custody and could face endangerment charges. But how did two drivers miss one little boy who apparently fell asleep?

All City Transportation a vendor for the school district and owner of the bus said it is investigating.

A frustrated father is wondering about the School District

The district released a statement Thursday emphasizing the safe transportation of students is an important responsibility.

"We have procedures in place that all bus drivers should follow in order to ensure that students safely arrive at the correct stop. Falling short of those standards is unacceptable," the statement reads.

The district said it is in communication with the vendor and the Philadelphia police.