No charges over photo of wrestling dummy in noose 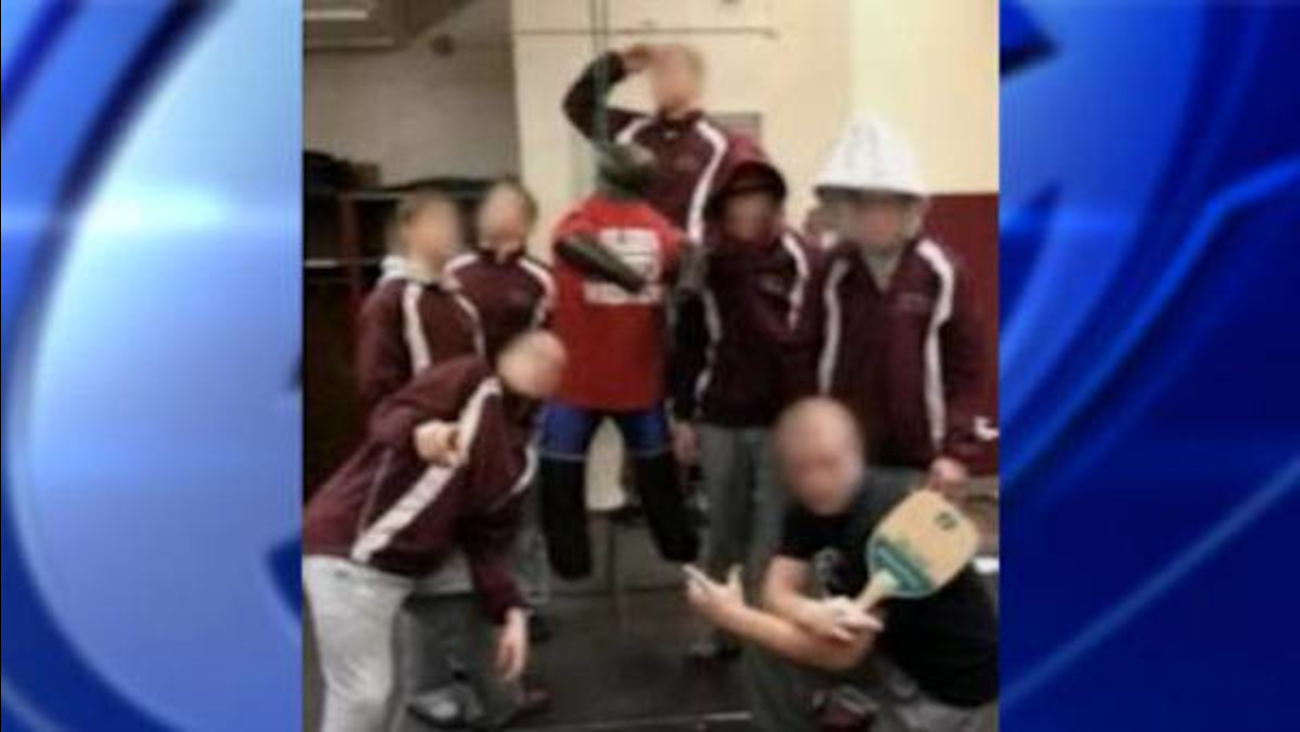 PHILIPSBURG, N.J. (WABC) -- No charges will be filed against a group of high school wrestlers in New Jersey, who were photographed with a dummy with a noose around its neck.

The photo sparked controversy in February.

It shows athletes from Philipsburg High School posing with a dark-colored wrestling dummy, hung by its neck.

Prosecutors found no criminality, but the wrestlers may face administrative action.

An attorney for the wrestlers said at the time that the students didn't think what they were doing could be seen as insensitive and they were sorry for offending anyone.

The photo features seven of the wrestlers apparently simulating a lynching of a black wrestling dummy in a rival team's shirt.

"We did not intend to disparage anyone," the boys' lawyer said. "We are truly sorry for any harm we may have caused."

The statement noted that the wrestling dummy in the photo is used in daily practices and, as far as they know, is only manufactured in dark leather.

"In outfitting the wrestling dummy, we did not give any thought to the physical appearance of the dummy as anything other than an unidentified generic wrestler," the attorney said.

Paulsboro and Phillipsburg are longtime wrestling powers in New Jersey.

Both are working-class towns along the Delaware River, Phillipsburg in northwest New Jersey and Paulsboro southeast of Philadelphia. Phillipsburg's population is about 85 percent white, while more than one-third of the residents of Paulsboro are black.