Woman who crawled out of rubble from house explosion in Orange County, NY returns to scene 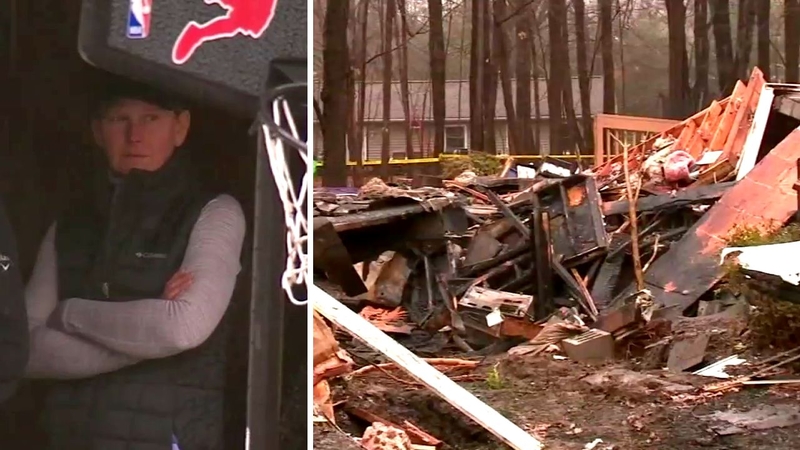 PINE ISLAND, New York (WABC) -- Investigators are trying to figure out what caused the explosion that destroyed a home in Orange County, with a woman and her dog inside.

Denise and Craig Kunisch returned Wednesday to what was home. What little could be salvaged was carried to a car. But the bigger story is that Denise Kunisch was able to walk away from the devastation at all.

"I swear it was like 8.1 on the Richter scale, it was that bad," said a neighbor, Rob Faulls.

Faulls is not only a next door neighbor, he's a volunteer firefighter who came running. It was around 3:30 when the home was levelled by the explosion that sent debris flying and touched off a fire.

Kunisch was in the house and blown outside near the deck area.

The explosion occurred just minutes before the family's children arrived home from school.


The cause is still under investigation, but Kunisch reported smelling gas.

Propane had been delivered to the house Tuesday, and just a few days ago a septic line had been buried. Investigators have located the site of the blast.

"It's kind of in the area where the septic system goes out to the leach field, but that's still not a definite thing that that's what caused it," said Pine Island Fire Chief Rich Koziola.

The couple's only comments were on Facebook with Denise saying she was OK, adding, "I don't really know what's going on or how I survived."


Her husband thanked friends for their support, saying his wife's positive influence on this world is net yet finished.

Evidence of that community support can be seen in a GoFundMe page that was established with a goal of $50,000, and in less than 24 hours had raised double that.

The GoFundMe was set up for the family the local police station reported on Facebook.