EXCLUSIVE: Woman speaks out after terrifying dog attack in Queens 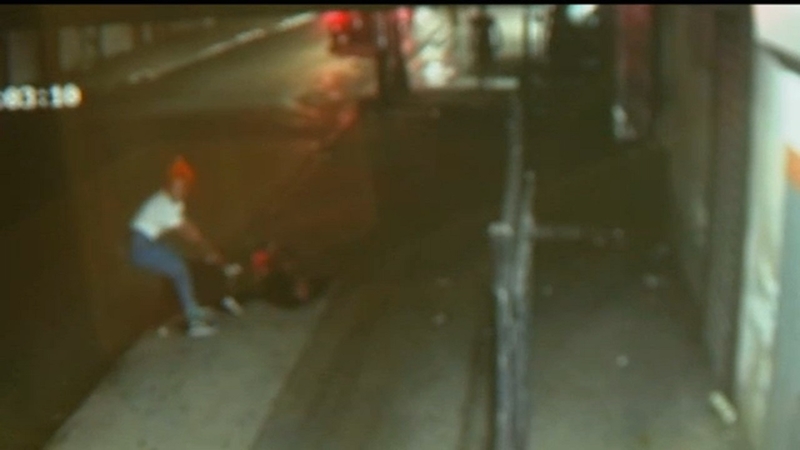 RIDGEWOOD, Queens (WABC) -- A dog walker was taking a stroll with two friends, when suddenly the Pit Bull mix turned on its handler and started biting.

"I honestly thought I was going to bleed out. I don't know how I got the dog off of me, I don't know," says victim, Marta Niewinska.

Niewinska is talking about the dog, seen in surveillance video attacking her and then going after her good friend, Amanda, who is a dog walker.

Surveillance video shows part of the dog attack in Queens

"She's in shock - just called and said 'thank you for saving my life,' it was a lot," Niewinska adds.

The horrifying incident unfolded on Wycoff Avenue in Ridgewood, Queens right around 10 p.m. Saturday night. About 12 minutes into the walk, Niewinska says the dog jumped on Amanda. They thought he was playing, but she exclusively tells Eyewitness News that in a split second, the dog seemed to snap. Niewinska then took the leash, and the dog started growling and then turned on her.

"He took me to the ground, and at one point he was dragging me and I had to wrestle the dog away," she adds.

Amanda tried to help - then more people. Michaen Faud tried to help get the dog off with a stick. A third woman jumped in and was able to hold the dog's collar, but then it turned on her, biting her hands and arms.

NYPD officers who happened to be in the area stopped and were forced to shoot and kill the dog.

Niewinska is resting at home - her injuries, though serious could have been a lot worse.