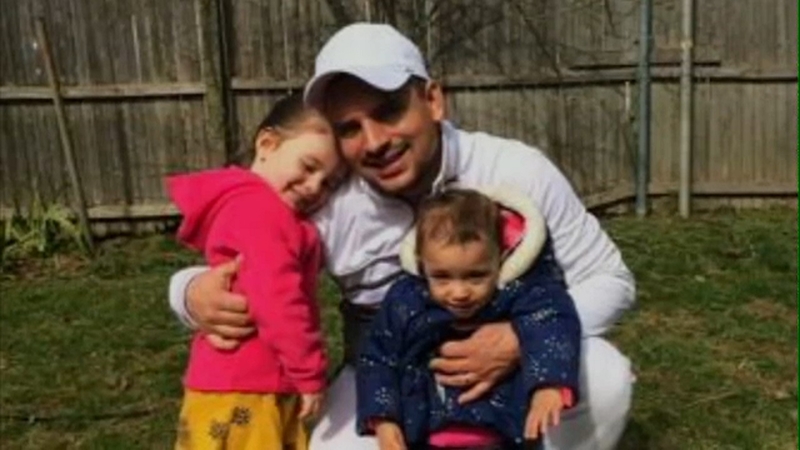 NEW YORK (WABC) -- On Thursday, immigration activists descended on the Manhattan offices of ICE, as they tried to prevent the deportation of Pablo Villavicencio, an undocumented pizza deliveryman ensnared by military police as he tried to deliver a pie to a customer at Fort Hamilton.

City Council Attorney Cesar Vargus is helping with his case.

"He had an 'IDNYC ' - that was enough to identify a delivery person delivering an order," says Vargus.

Villavicencio entered the country from Ecuador in 2010, married an American woman and had two American kids. The eldest is Luciana - in two weeks she will be four years old.

Luciana's father had been getting by in the sanctuary city, when he delivered a pizza to Fort Hamilton in Bay Ridge - one of the few places in New York controlled by the Federal government.

A military police officer declared that Villavicencio's ID wasn't enough - looked him up, and discovered he was undocumented. The Army called ICE and Federal agents came right away.

Since then, Villavicencio's case has become the latest flashpoint for the Trump Administration's policy on immigration.

On Thursday, Villavicencio's wife was summoned with a suitcase full of her husband's clothes, and his passport to facilitate a deportation as early as Monday.

"We cannot allow this in our country, because the harshest judge is history and they will see what we do now," says protest organizer Jesus Calzadilla.