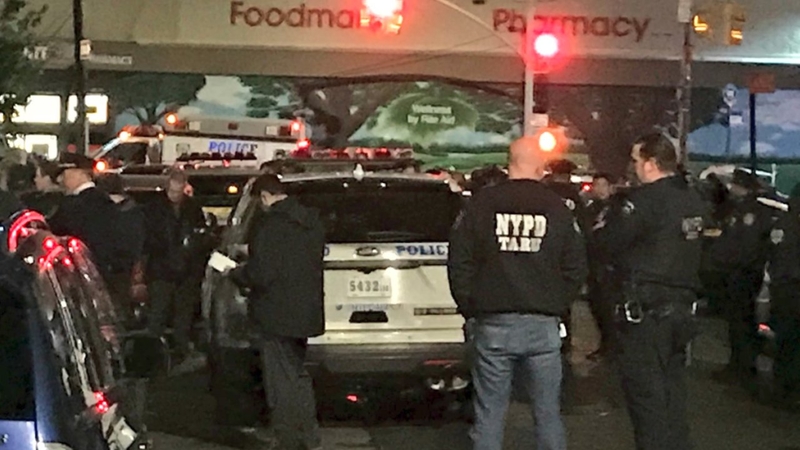 TREMONT, Bronx (WABC) -- The NYPD says an officer shot a man that was stabbing two security guards inside a shelter in the Bronx on Monday night.

Police responded to a report of an assault inside the halfway house on Hughes Ave. in the Tremont section around 7:30 p.m.

"All of a sudden I heard screaming, like a shout, like somebody had got shot," a resident said.

He was taken to St. Barnabas Hospital where he was pronounced dead. He was known in the neighborhood as someone who frequently begged for change on the street.

One woman was stabbed in the chest and arm, and the other in the arm. Both are in serious condition at St. Barnabas Hospital.

At least one officer was taken to the hospital for evaluation.

The officers were wearing body cams and that footage will be included as part of the investigation.