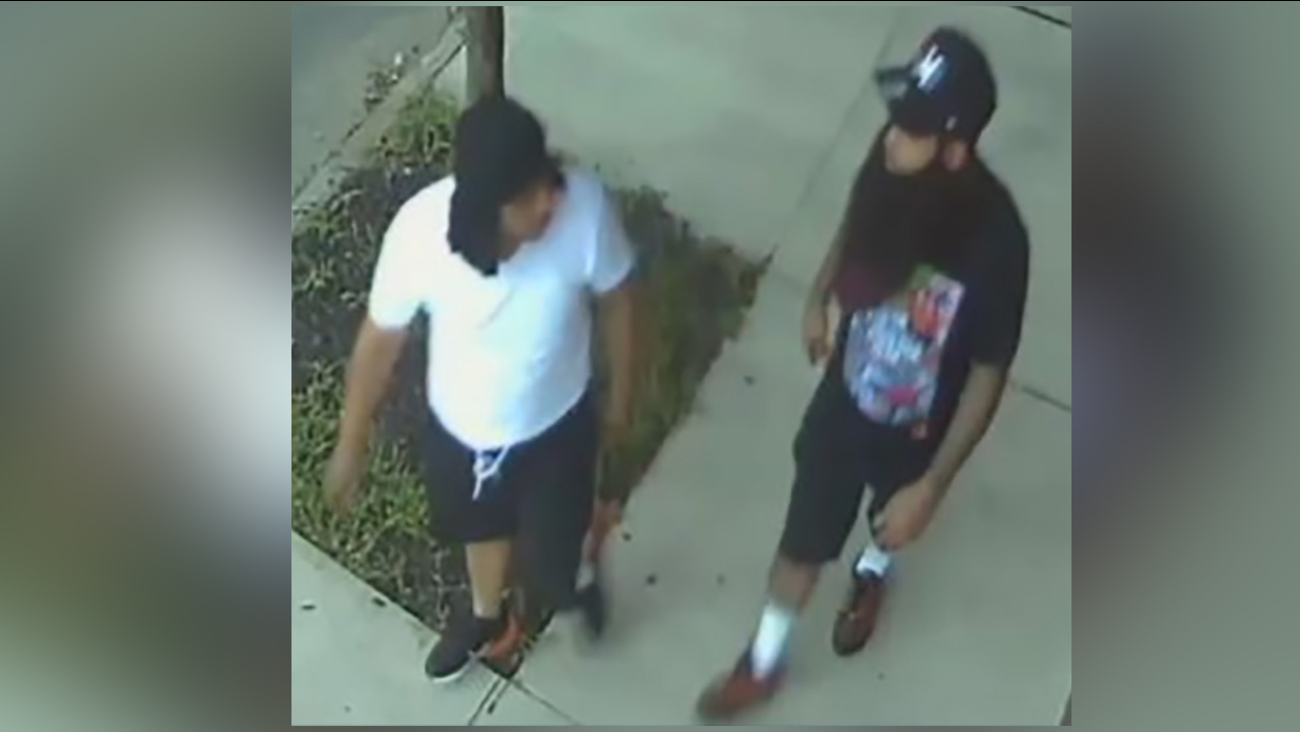 CAMDEN, N.J. -- Police have released photos of two persons of interests in connection to the shooting of two police detectives in Camden, New Jersey.

The incident occurred at Broadway and Mount Vernon around 8:30 p.m. Tuesday. The detectives, who were in plain clothes at the time, had been sitting at a red light in an unmarked car

One of the officers was able to return fire before the suspects fled, but police don't know if anyone else was hit.

News conference on shooting of Camden detectives on August 7, 2018.

One resident who didn't want to be identified heard the shots.

"I heard at least 13, I thought it was fireworks at first, but it was actually a cop reloading his gun right there and the car was just rolling. I guess he put it in neutral. The car was rolling and he was out, his partner jumped out and they ran to another cop car and were rushed to the hospital. He said 'officer down, officer shot,'" she said.

She said she is not surprised by the violence.

"They are picking up dead bodies from my backyard, I have OD's on my steps. This is is crackheadville, prostituteville, that is all you see out here. My kids don't play outside, they are in the house all the time," she said.

The ATF and the FBI are helping in this investigation, searching for the suspects. There was no further description available about those men.

"Maybe they did know they were police officers, and that's the reason they did it. Maybe they thought they were somebody else, we'll find out as the investigation unfolds," said Chief Thomson.