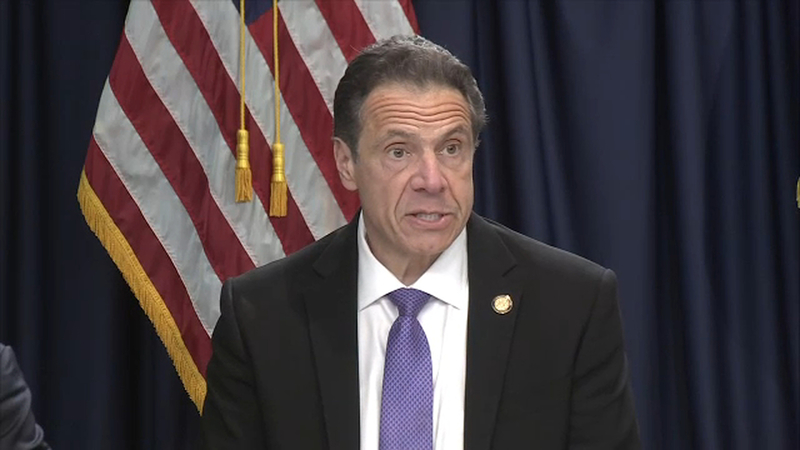 NEW YORK (WABC) -- New York is expanding a program that grants free state tuition and room and board to the families of military members who are killed or disabled.

Governor Andrew Cuomo made the announcment Wednesday during the Month of the Military Child.

"To our military families we express our gratitude, our respect and our admiration," said Cuomo. "We owe them everything because they pay the price for our freedom."

The governor made the announcement days after Republicans accused the Democrat-led Assembly of blocking legislation to expand scholarships for the Gold Star families.

Cuomo said Wednesday that there was no need to wait for lawmakers to act, and he had already directed state higher education officials to expand the existing Military Enhanced Recognition Incentive and Tribute scholarship program immediately.

The expanded scholarship will offer children and spouses free tuition and room and board to public colleges and universities - or an equivalent scholarship to attend private schools. The MERIT scholarship offered recipients living on campus a maximum of $24,250 and commuting recipients $15,750 for the 2018-2019 school year.

The expansion is expected to cost "several million dollars," according to Cuomo, who said it was a small price to honor the sacrifice of fallen service members and their families.

Republicans blasted the Democrat-led Assembly last week after a GOP bill expanding scholarships for Gold Star families was blocked by a legislative committee. They noted that Democrats had already passed legislation extending state financial aid to students brought into the country illegally as children.

President Donald Trump tweeted his way into the debate Friday, two days after Cuomo said he supports making attending a state college or university free for the children of service members who died while performing their official duties.

In response, Democrats highlighted the existing scholarship for Gold Star families and asserted Republicans should have pushed for the expansion before lawmakers passed a new state budget April 1.