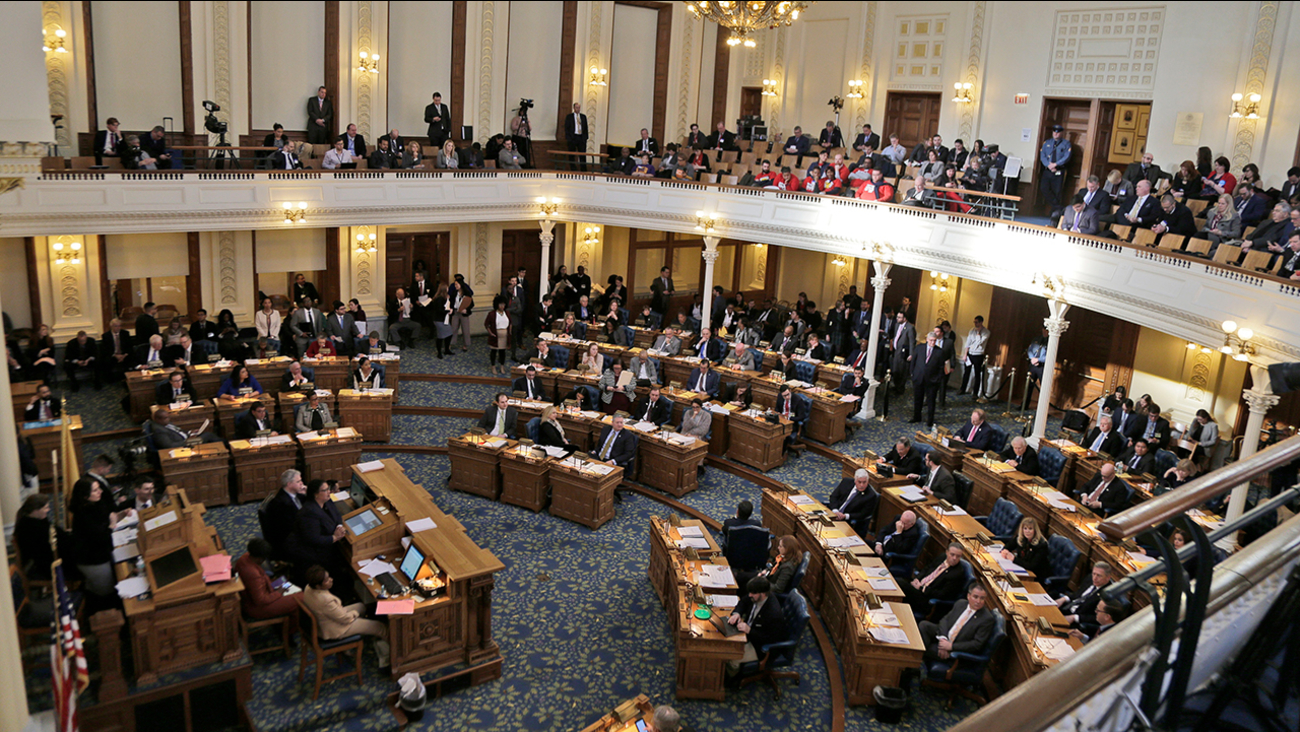 AP
TRENTON, New Jersey -- All 80 seats in New Jersey's Democrat-led Assembly are on the ballot in Tuesday's election, with Republicans fighting to prevent a repeat of last year's rout in congressional races.

Voters in a single southern New Jersey district will also be picking a state senator to fill the seat Democratic Rep. Jeff Van Drew left open when he was elected to Congress.

Aside from local races, there is also a single ballot question before voters. They'll decide whether to allow veterans living in retirement communities to get a $250 property tax deduction.

Democrats are defending a 54-seat majority and hoping to push into a handful of districts held by the GOP, which has 26 seats. Republicans are targeting a few Democratic districts in traditionally GOP-leaning areas, but the main event this year seems to be Assembly Minority Leader Jon Bramnick facing the fight of his political career.

There are two assembly seats in every district. The top two vote-getters in each district win a seat.

A closer look at some of this year's top races:

The state's southernmost district also has New Jersey's only state Senate contest. Incumbent Democrat Bob Andrzejczak was selected to fill Van Drew's post and is hoping to get elected to the remainder of the four-year term against Republican Mike Testa. For the Assembly, Democratic incumbents Bruce Land and Matthew Milam are taking on Republicans Erik Simonsen and Antwan McClellan.

This district includes Atlantic City and is represented by Democratic incumbents Vince Mazzeo and John Armato. It's a split district, meaning Republicans control its Senate seat, though state Sen. Chris Brown is not on the ballot this year. Republicans John Risley Jr., of Egg Harbor Township, and Philip Guenther, of Brigantine, are hoping to put the district in GOP hands.

The district sits primarily in Burlington County, which is trending Democratic, so much so that the district's state senator, Dawn Marie Addiego switched from the GOP to the Democratic Party this year. Republican incumbent Ryan Peters and his running mate, Jean Stanfield, are taking on Democratic challengers Gina LaPlaca and Mark Natale. Tom Giangiulio is running under the banner "MAGA Conservative," or "Make America Great Again," President Donald Trump's slogan.

This district is entirely in Monmouth County and has seen nearly $1 million in spending as Democratic incumbents Joann Downey and Eric Houghtaling are fending off Republican challengers Michael Amoroso and Matthew Woolley. Democrats flipped the seat in 2015.

Bramnick, who has been the Republican leader in the Assembly since 2012, and his running mate Nancy Munoz look to be in a close contest against Democratic challengers Lisa Mandelblatt and Stacey Gunderman. The district, including Morris, Somerset and Union counties, has been trending increasingly Democratic. Democrats have over 5,000 registered voters more than Republicans, according to state data from September. In 2015, the last time that just the Assembly was on the ballot, Republicans had an advantage of 3,700 registered voters.

This district is an outlier because Republican incumbent Anthony Bucco has already been sworn in to a state Senate seat that opened when Bucco's father, who held the seat, died in September. The younger Bucco has already resigned the Assembly seat and intends to remain in the Senate. His name remained on the ballot because it was too late to change. So, if Bucco wins the Assembly seat, the county party would then appoint an interim Assembly member until a special election is held. Bucco is running with Brian Bergen, who takes over the spot on the ticket from retiring Assemblyman Michael Patrick Carroll. Bucco and Bergen face Democrats Lisa Bhimani and Darcy Draeger.