WABC
CITY HALL (WABC) -- An overhaul of the emergency system, which New York City Mayor Bill de Blasio recently put on hold, is years behind schedule, a billion dollars over budget and critics said that glitches in the system may have contributed to tragedies that could have been prevented.

New York City Council members held a hearing Friday to look into recent problems surrounding the city's 911 emergency response system. Members wanted to know how the $2 billion overhaul of the failing system has gone almost over budget -- and fallen years behind schedule. De Blasio has already ordered a two-month freeze on the overhaul. He's directed the city's Department of Investigation to determine the problem. 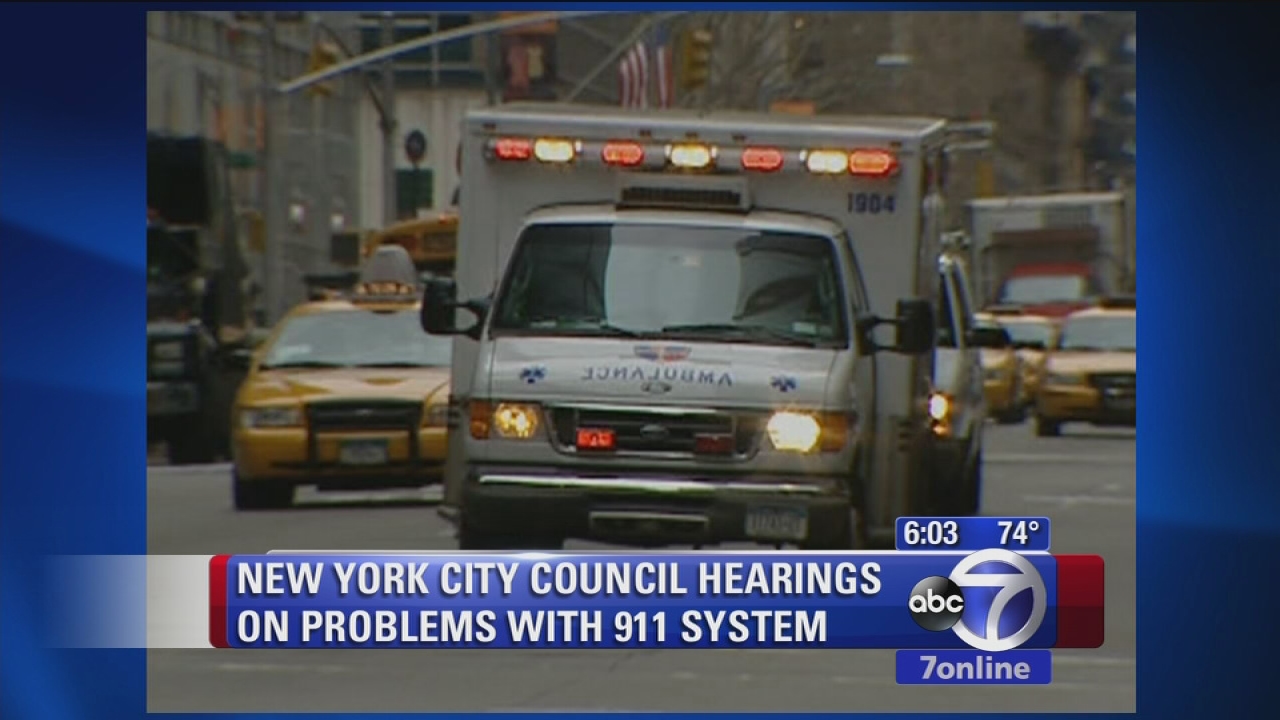 Now, 911 calls released by the union representing senior fire officers shows that eight fire trucks were dispatched to the wrong location when a Metro-North train derailed in the Bronx last December.

A computerized ticket shows dispatchers sent FDNY units to apartments on Palisade Avenue, atop the hill and above the derailment.

And then there's a distress call from a nun at a burning convent in Staten Island who had to clarify her address a dozen times to an operator.

And in the death of 4-year-old Ariel Russo, who was killed in a crash on the Upper West Side, a report found a series of errors led to a four-minute delay in first-responders arriving at the scene.

The blunders are adding up, and Mayor Bill de Blasio wants to know how the $2 billion overhaul of the 911 system, a public safety initiative of Mayor Michael Bloomberg, is behind schedule and over budget.

"Something has to be done better," de Blasio said. "The taxpayers not being treated fairly, the work is not being done right, we're going to do things differently."