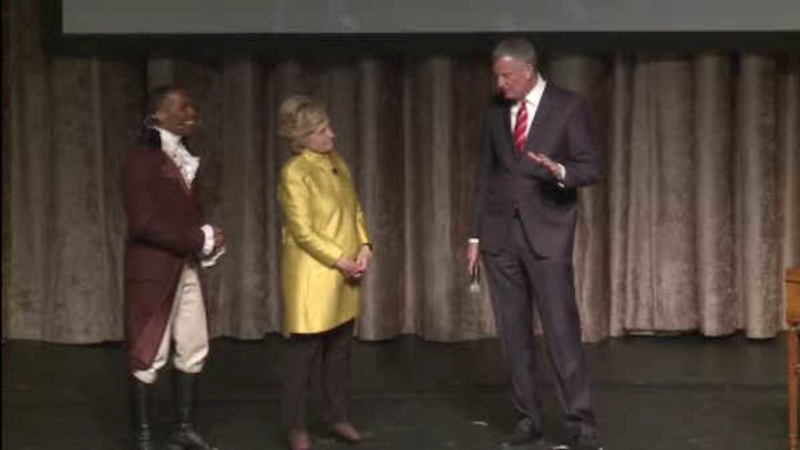 Reporters stage a parody at the charity show, poking fun at the mayor and other elected officials. The mayor then puts on a rebuttal show.

After being ribbed by Clinton, the mayor urged the audience to vote for the Democratic front-runner in the New York primary.

Clinton also poked fun at herself over her experience in a Bronx subway station this week, when it took her a few tries to swipe her MetroCard.

"Do me a favor," Clinton told De Blasio during the show inside the ballroom of the Hilton Midtown. "Will you just fix these metrocard slots? It took me like 5 swipes."

She also told the Mayor that he is her "second favorite guy named Bill."

And, before leaving the stage, she said, "And please, can somebody please get me tickets to Hamilton?!" Clinton has actually already seen "Hamilton", at the Public Theater before it came to Broadway.

The reporters' show was a takeoff on "Hamilton" dubbed "Shamilton" and made fun of de Blasio's administration. It raises money for charity.