'They were traumatized': What are 'tender age' shelters for the youngest immigrants? 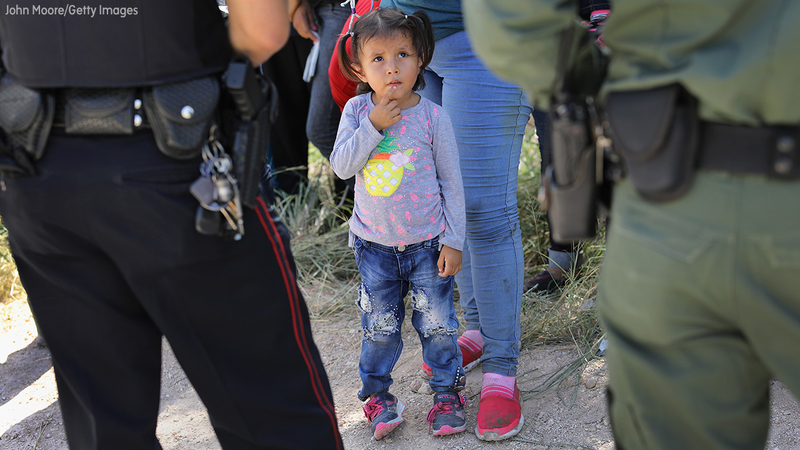 Amid the controversy surrounding the separation of migrant children from their families, "tender age" shelters in South Texas house the youngest of those detained.

A "tender age" child is under the age of 5, according to Border Patrol officials, but Health and Human Services officials have said a "tender age" can be up to 13 years old.

There are three "tender age" centers in South Texas, nearly 300 miles outside of Houston, according to the AP. The three shelters are located in Combes, Raymondville and Brownsville. A fourth shelter is expected to open in Houston.

Rep. Joaquin Castro, a Texas Democrat, was among members of Congress who were given a tour of Casa El Presidente shelter in Brownsville on Monday.

"It was jarring," Castro told ABC News. "There was a room called the infants' room, and there were four or five young children and two of those children had been separated from their parents. One of them named Roger was an 8 or 9-month-old who they said his mother had died. And he was separated from his sister who had come here to the country with him. And the other one was a 1-year-old girl named Leah."

Dr. Colleen Kraft, the president of the American Academy of Pediatrics, visited a "tender age" facility in April said she remembered seeing a toddler room that had a "home-y setting" but was "so abnormally quiet."

"What was really striking about the place, it was a room full of toddlers [and if you've ever been in a room full of toddlers you'd know] they're active, they're loud and they're playing and they're rambunctious. This room, all of the children except for one were very quiet and were playing quietly... except for one little girl who was crying and sobbing and wailing and just inconsolable," said Kraft.

She added, "We were told that the policy was that they couldn't actually hold or pick up the kids."

Asked if she would have held the kids if that were allowed, she said she absolutely would have. "It's a logical comforting thing to do, we just do that as human beings."

HHS officials told reporters on Tuesday, "They are under constant supervision and observation to address any health or medical concerns while they are in our care."

Kraft said she felt "absolutely helpless" in the shelter where the kids were "traumatized."

"The pathways that develop, that lay the foundation for speech, for social emotional development, for gross and fine motor movements are happening during this young time when these toddlers are still developing and this prolonged stress or what we call exposure to toxic stress, it disrupts the developing brain."
Report a correction or typo
Related topics:
politicschildrenpresident donald trumpimmigration
Copyright © 2021 WABC-TV. All Rights Reserved.
More Videos
From CNN Newsource affiliates
TOP STORIES