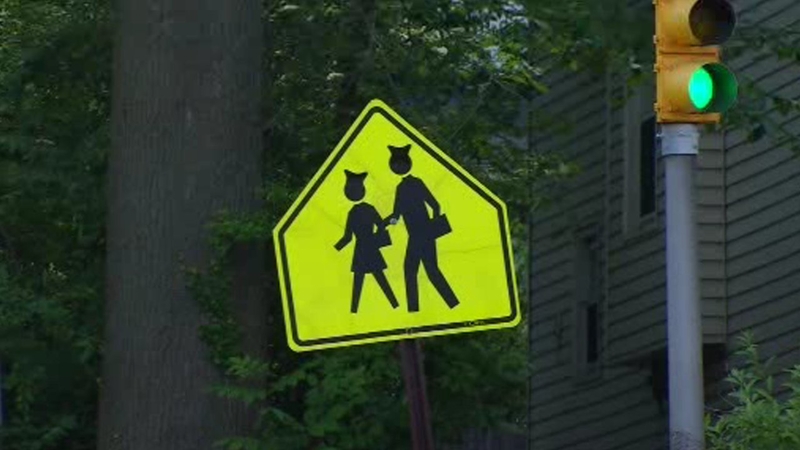 It's part of a larger movement that began months ago in the nation's capital.

Cat woman is the answer. The cat hat stickers have been showing up on crosswalk signs in Maplewood and South Orange. So who's doing it and why?

"I was inspired by the Women's March in January," the "cat ninja" said.

She is anonymously doing this.

"We saw all these women wearing these adorb pussy hats that were bright and pink and amazing. It was this way of saying we are a force of strength," she said.

The Women's March on Washington right after President Trump's inauguration, saw millions of women turn out.

It was to highlight women's rights and concerns about those rights under the new administration.

The march was months ago. So does anyone remember?

"I think it looks like the pink hats in the women's March," a person said.

These, says the hatted, sunglassed sticker lady, are friendly reminders.

"We need to bring it back to our communities, and look and each other and the decisions we make and how we talk about ourselves," She said.

However, there's a problem

"it might be illegal, but there's a message: stick together," she said.

"We're keeping an eye out to see who's putting them up, we'll be taking them off," Manning said.