Middle school football players in Newark make national championship, but need money to get there 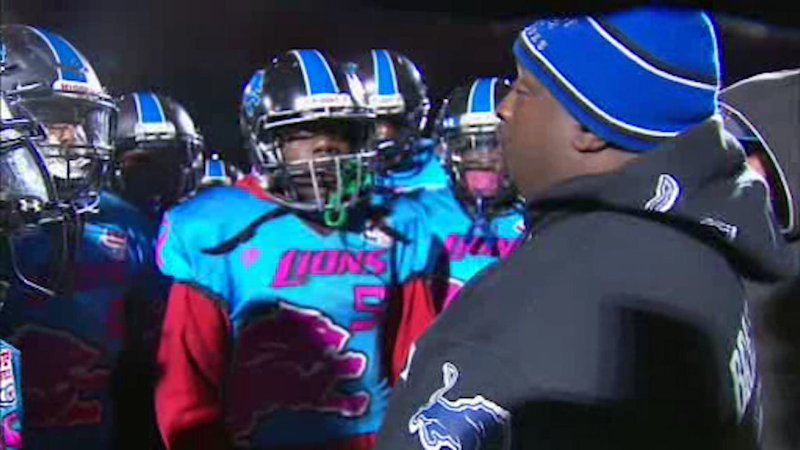 NEWARK, New Jersey (WABC) -- The Newark Brick City Lions Football Team put in long tough hours on the field, demanding nothing but the best and it paid off.

After winning District and Eastern Region Championship titles, they earned a spot at the Pop Warner National Championship Super Bowl in Orlando, Florida.

But, money is standing in the way of their dream of bring home the title.

"You got an opportunity in front of you, you can do something Newark has not seen before," said Curtis Germany, Jr., the team's coach. "We got a big, big road ahead of us and we got a short time to get there."

The team is fundraising, working concession stands and selling donuts to raise the $35,000 they need to pay for the trip.

With just 10 days until the tournament, the 7th, 8th and 9th graders are reaching out to the community for help.

Their GoFundMe page has just a few hundred dollars so far.

"It's hard. We worked really hard for this. We want to go down to Florida," said Andrew Butler, a player.

"I've been playing football since I was a mighty might. I was 3. So this is the first time I ever got to Florida. It's huge for me," said Tahja Mell, a player.

"It would be heartbreaking. They worked so hard. This was their one vision this entire year; the coach's been preaching it. 'We'll get down there we're good enough.' I know a lot of the kids have never even been out of state. So to them this is a dream. It would break my heart if the team couldn't make it down there," said Brad Butler, a parent.

Even with the financial concern, the inner city team refuses to give up; still giving it everything they have at practice. They are hoping people hear their story and help get them to Disney World to prove just how good they are.
Related topics:
sportsnewarkfootballnewarkfundraiser
Copyright © 2022 WABC-TV. All Rights Reserved.
TOP STORIES
Vigil held for 19 children, 2 teachers killed in TX school shooting
Onlookers urged police to charge into TX school: 'Go in there!'
3 homicides in 3 hours in Brooklyn, police search for gunmen
Car fatally hits 1-year-old girl, injures mother on Staten Island
Adams to meet with NYC business leaders in wake of subway shooting
AccuWeather: Clouds return, PM shower possible
NYPD officers reunited with blind man they rescued from subway tracks
Show More
After shootings, Hochul looks at raising age for guns in NY
Former Capital Cities/ABC Chairman and CEO Tom Murphy dies at 96
Uvalde school shooting: What we know about 19 kids, 2 teachers killed
NYC mayor, chancellor call on parents to take role in school safety
Alleged shooter in unprovoked subway murder ordered held without bail
More TOP STORIES News