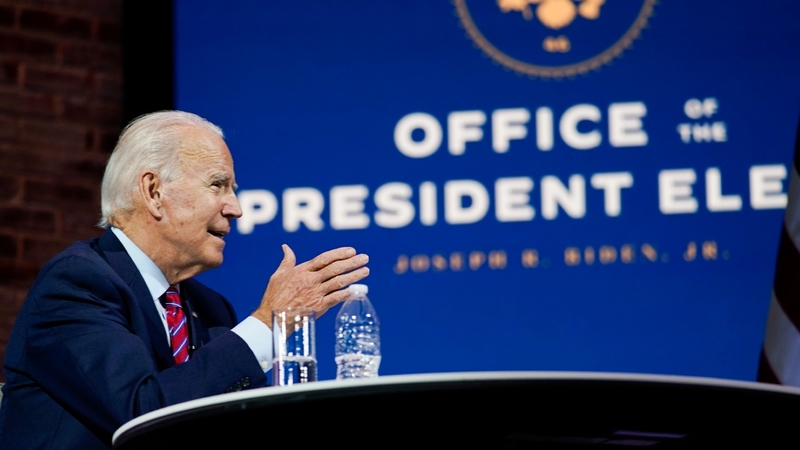 NEW YORK CITY (WABC) -- As states begin to certify election results that seal a victory for President-elect Joe Biden, even though Donald Trump hasn't conceded there is one clear sign his post-presidency life is taking shape: Secret Service agents in the president's detail are being asked whether they're interested in transferring to Palm Beach, Florida, sources have told ABC News.

The Secret Service's Miami field office also has begun looking at physical reinforcements to Mar-a-Largo, the president's club to which he refers as "the winter White House," the sources added. These moves are considered unofficial as Trump has yet to concede to Biden.

Trump, a longtime New Yorker born in the borough of Queens, changed his residency to Florida last year and voted there in late October.

The move clears the way for Biden aides to begin coordinating with federal agencies on plans for takeover on Jan. 20.

When reached by ABC News, a secret service spokesperson said: "For operational security reasons, the Secret Service does not discuss specifically or in general terms the means, methods or resources we utilize to carry out our protective mission."

Renovations to living quarters expected to be occupied by Trump and first lady Melania Trump are underway, ahead of when they'll be living there full time after the Jan. 20 inauguration, sources familiar with the planning told ABC News.

Sources have described the renovations as "updates" to living quarters, in part because the residence has been used only on a temporary basis. The Mar-a-Lago club also had been opened only seasonally, and it remains unclear how a permanent residency by Donald and Melania Trump could change that.

While Trump will be required to spend at least six months per calendar year in Florida to maintain his residence status, the 74-year-old is expected to spend time at his golf club in Bedminster, New Jersey, and in New York, according to the sources, who added that all post-presidency plans remain fluid.

A police source told ABC News that, come Jan. 21, the New York Police Department is planning to work with the Secret Service to reduce the law enforcement footprint around Trump Tower in Manhattan since it will no longer be Trump's primary residence.

President Donald Trump's campaign has filed plenty of lawsuits in six states as he tries to upend an election he lost to Joe Biden. The strategy may have played well in front of TV cameras, but it's proved a disaster in court, where judges uniformly have rejected claims of vote fraud.

The result, the source said, will be a freer flow of traffic along Manhattan's Fifth Avenue.

The NYPD is also expecting 56th Street adjacent to Trump Tower to reopen to traffic, easing Midtown congestion, according to the source.