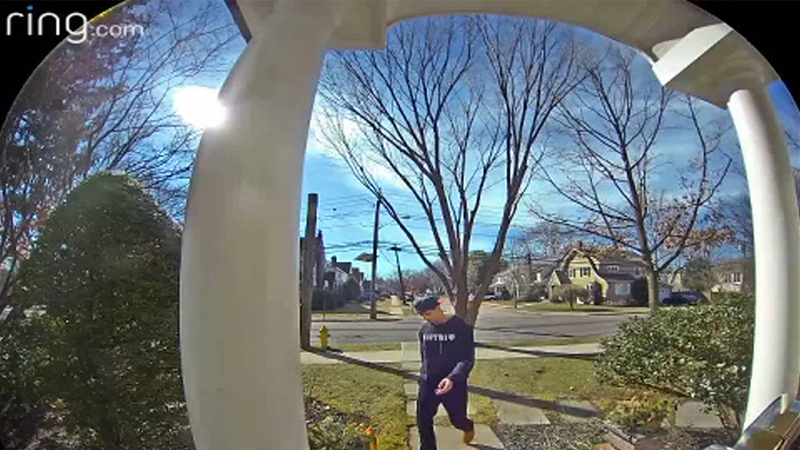 BLOOMFIELD, New Jersey (WABC) -- Police in New Jersey say they have arrested the man who grabbed and removed gay Pride flags from the front of two homes.

The theft and possible bias crime was captured on doorbell camera in Bloomfield on Monday.

It only took one day for concerned neighbors to find the man they say is responsible for the hate-filled rants and actions.
The man was seen on a Ring doorbell camera grabbing the flags from in front of two homes on Parkview Drive and Byrd Avenue and destroying them.


Officers surrounded the man on the lawn of his parents' home Tuesday after releasing the videos.

Police Director Anthony DeMaio said officers have had interactions with the 24-year-old several times in the past.

"It's just an adult male that resides in town in Bloomfield and someone that we've dealt with in the same kind of capacity in the past," he said. "Not incidents relating to what he's done yesterday, but dealing with his mental capacity."

Several others also said they have had issues in the past with the suspect.

Authorities called an ambulance to take the man away as his family watched. What happens next depends on what doctors decide.

"Once we located the suspect we realized quickly that he was an emotionally disturbed person and definitely needed medical attention at the time so we took him to a local hospital and that's where he's being treated right now," DeMaio said. "Once we get through that part of it, then we'll sit down and talk about charges."

No one was harmed and neighbors hope this is the end for the hate-filled mischief.